Nearly half of the deposits of K bank, which officially opened for business on April 3, had come from low-cost current and savings accounts, the bank said. 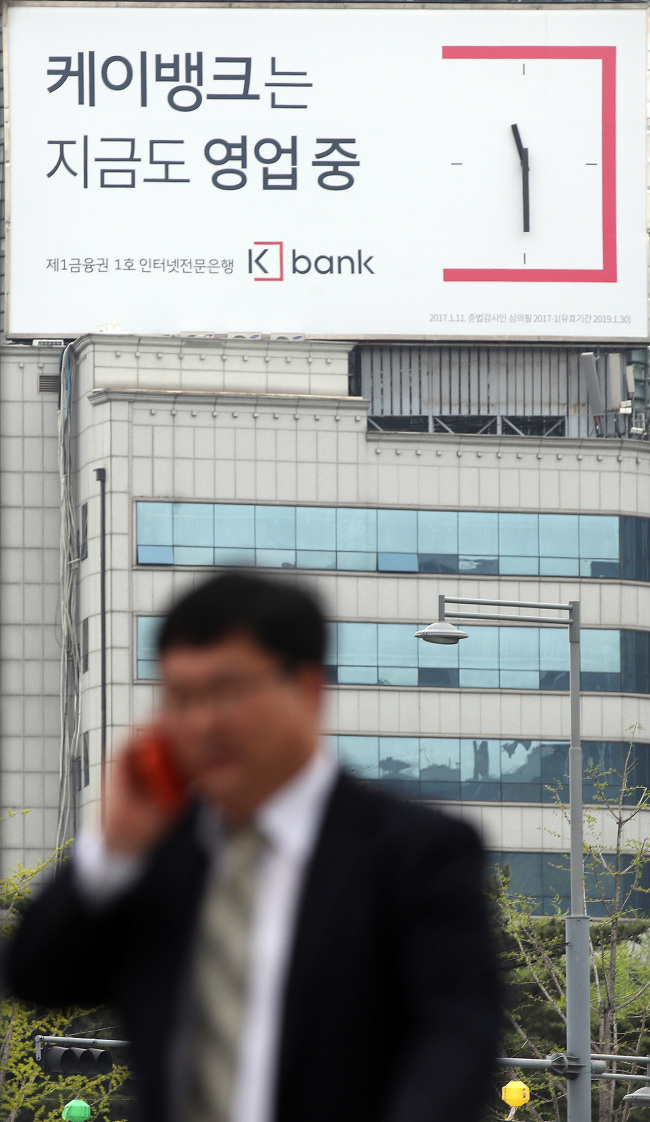 (Yonhap)
K bank’s current and savings account ratio marked nearly 50 percent, 1.6 times higher than the average figure of 12 commercial banks -- 30 percent -- as of the end of 2016. The ratio of deposits in current and saving accounts to total deposits is considered an indicator in assessing the profitability of a lender.

A Dual K Checking Account user may customize the deposit amounts to earn returns of 1.2 percent at most, without any document procedures, while the remaining deposits can be withdrawn at any times. The interest rates are applied each month, which contrasts to time deposits where the rates are applied annually.

“K bank will walk a long path, regardless of ups and downs in figures, by focusing on customers’ profits and stable banking services,” said Shim Sung-hoon, chief executive of K bank.

K bank is based on a consortium made up of 21 stakeholders, with telecommunications giant KT holding the largest share, 8 percent.