[ The Korea Herald – Send E-mail ]
[Herald Interview] ‘Malaysia, Korea are partners in innovation’
"The expertise of Korean companies that have conquered global markets with their knowledge, skills and fortitude will be a source of information, inspiration and synergy."
By Hong Dam-young
Published : Apr 17, 2017 - 17:30
Updated : Apr 17, 2017 - 22:10

Since assuming his post in 2009, the economics-trained politician has striven to raise the competitiveness of Malaysian enterprises and bureaucracies, with an emphasis on attracting quality foreign direct investments.

The key objective of the Malaysian government is to uplift the productivity of the nation’s small and medium-sized firms, so that they can liberally export their products and invest in overseas markets, ultimately helping the country avoid the “middle income trap” and move toward a high-income economy. 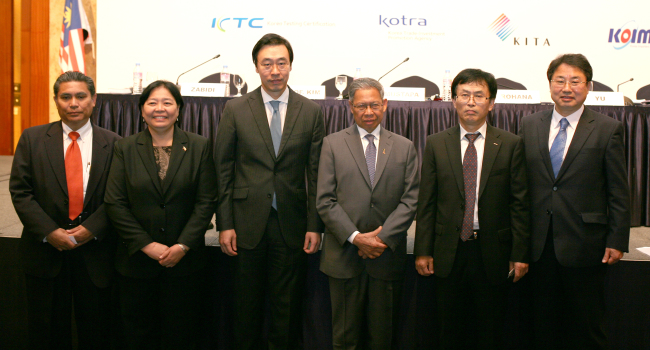 “Malaysia and Korea are currently at a stage where we need to upgrade our partnerships across many areas, such as liberalized trade and investment, scientific and technological innovation, higher education and sustainable tourism,” he said in an interview following a seminar on business opportunities in Malaysia at Lotte Hotel in Seoul.

“We have to do a lot more to raise Malaysia’s visibility in Korea. I have talked to many government officials, business leaders, academics and students during my visit here, and updated them on Malaysia’s latest economic initiatives, policies and incentives.”

Noting Korea’s strengths in information and communications technology, smart manufacturing, creative industries, entrepreneurship and research and development, the minister welcomed Korean investments, highlighting that Malaysia can be a launch pad for penetrating the Association of Southeast Asian Nations’ market of 630 million people and combined wealth of $2.5 trillion. 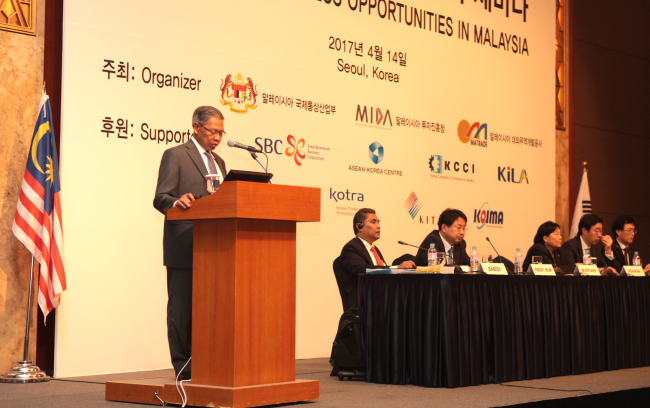 “We want our companies to venture out overseas across ASEAN, Korea and beyond. Our micro, small and medium-sized enterprises have a lot to improve in terms of export and investment capacities.”

From semiconductors to oil and gas, food and beverages, the fourth-largest economy in Southeast Asia is incorporating the latest technologies in automation into the “smart manufacturing” processes, covering a whole spectrum of industrial value chains.

With the Malaysian economy moving up the value chain, its many industries are poised to produce complex and value-added products, according to Dato Azman Mahmud, chief executive officer of the Malaysian Investment Development Authority. The 11th Malaysia Plan (2016-20) has outlined the future direction of the country’s economic development, one driven by enhanced productivity through digitalization and automation.

“Our SMEs need to raise their productivity to be successful in the world market,” Mustapa said, adding the automation of various industries -- including manufacturing, agriculture, transportation, urban development and management -- is key. 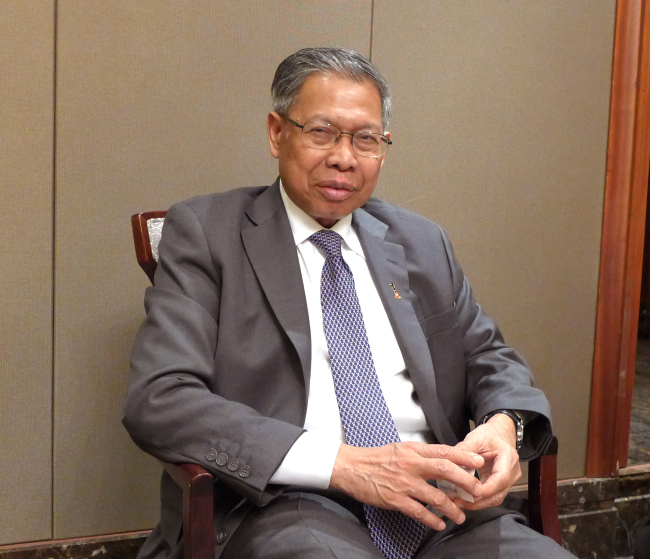 Kuala Lumpur and Seoul established diplomatic relations in 1960. Since then, the two countries have bolstered comprehensive commercial ties, with Malaysia emulating the economic successes of Japan and Korea through its first “Look East Policy” of modernization and industrialization. The current government’s “Second Wave of Look East Policy” is geared toward broadening and deepening bilateral relations in a knowledge-based economy.

The first phase of the policy was based on training and education of young Malaysians in Korea through government-funded programs, particularly in engineering. Over 3,000 people have benefitted over the last 30 years, Mustapa said, adding the second phase targets vitalizing business partnerships alongside education.

Stressing the importance of youth employment and entrepreneurship, Mustapa welcomed young Koreans to consider Malaysia as a job market. He also advised them to harness linguistic competencies and social skills on top of professional expertise.

“The world is getting smaller and people should be broad-minded and receptive,” he said. 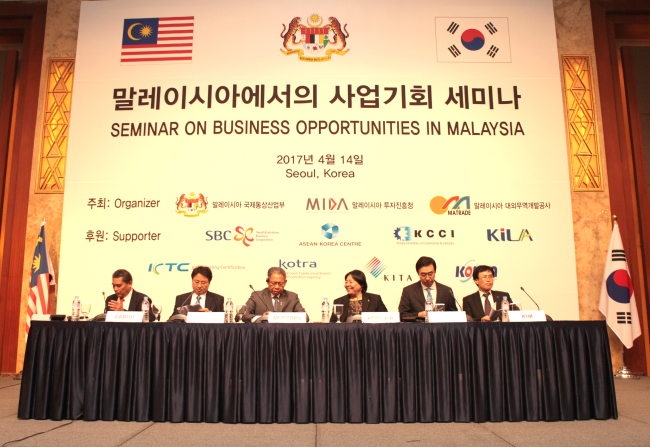 A seminar on business opportunities in Malaysia in Seoul on Apr. 14 (Malaysian Embassy)
Malaysia is one of the founding members of ASEAN, which was established in 1967. Marking the 50th anniversary of the multilateral institution, various cultural and commercial events are planned this year across ASEAN and in Korea.

“Malaysia strongly believes in the viability of ASEAN,” Mustapa said, adding the organization has greatly promoted peace and economic development in the region. ASEAN and Malaysia are currently concentrating their efforts on reducing tariffs and nontariff barriers as well as harmonizing rules across the member states for inclusive growth.

“Trade liberalization and standard harmonization would benefit everyone in the region, particularly the micro and SMEs more than multinational corporations,” the minister expounded.

Companies can establish their principal hubs, regional offices and representative offices in Malaysia for regional and global operations, the minister continued.

As ASEAN’s third-richest economy in terms of gross domestic product per capita, Malaysia offers a number of benefits to foreign investors, including political stability, high economic growth, an ideal location in the heart of the ASEAN region between India and China, advanced infrastructure and attractive and vibrant living environments, according to investment authority MIDA.

Various multinational corporations have invested in Malaysia, drawing on the ASEAN Economic Community that offers an integrated business environment. Malaysia also offers easy access to neighboring markets in Singapore, Indonesia, Thailand, Vietnam and China. Various infrastructure projects, such as the Pan-Borneo Highway, Kuala Lumpur-Singapore High Speed Rail and East Coast Rail, are either completed or in the works.