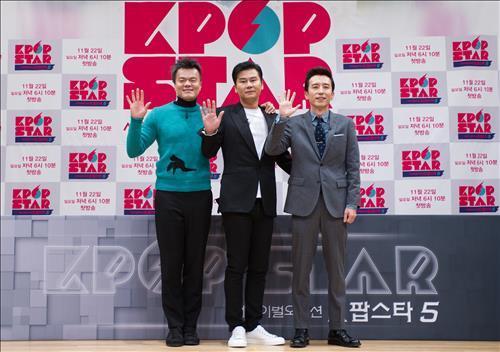 (Yonhap)
The sixth and final season of the SBS TV show, which ended its 20-week run last Sunday, opted for a unique programming model, airing two, back-to-back one-hour shows each Sunday. In between the shows, SBS TV sold 15-second commercial air time referred to as "premium commercials," which required ad buyers to purchase commercial space for another program from the network as a package.

These premium ad products were sold at a minimum rate of 300 million won.

Sales figure from these premium commercials alone stood at 24 billion won, the according to ad industry sources. When including its regular ad products and its on-air product placements, sales are projected to have exceeded 30 billion won.

SBS TV declined to share its production budget, but the show is estimated to have spent around 3 billion won in its 1 year-long production schedule -- which included preliminary auditions in several regions around the world.

Throughout its run, the show enjoyed consistent high ratings, with the final episode recording 16.7 percent viewership, according to Nielsen Korea. (Yonhap)