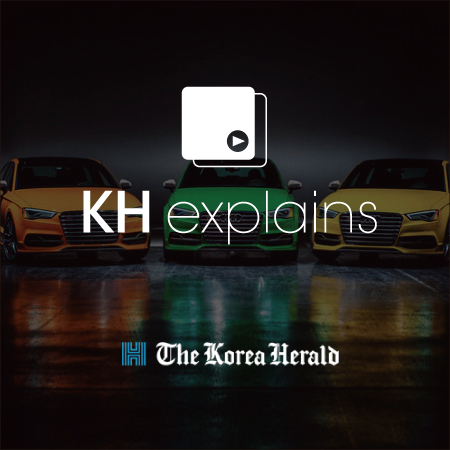 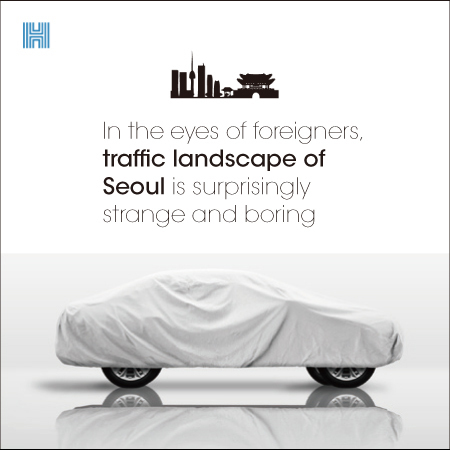 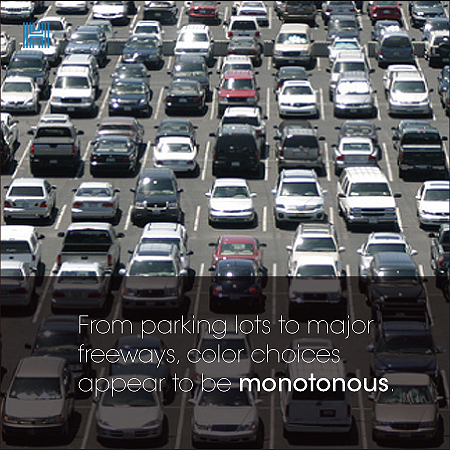 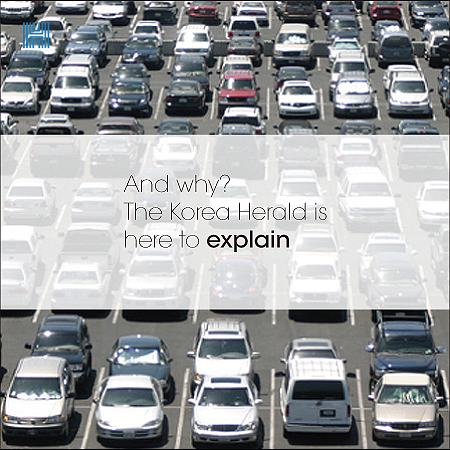 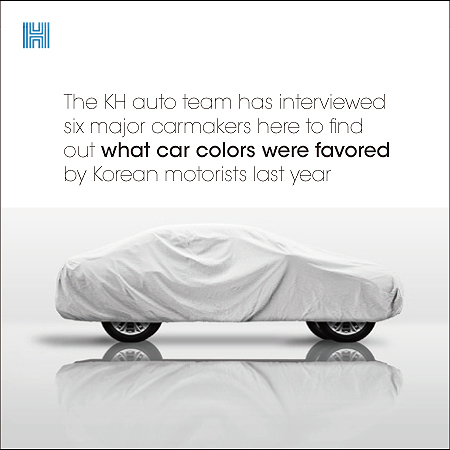 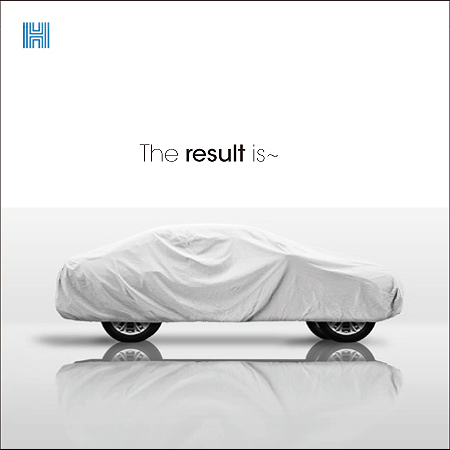 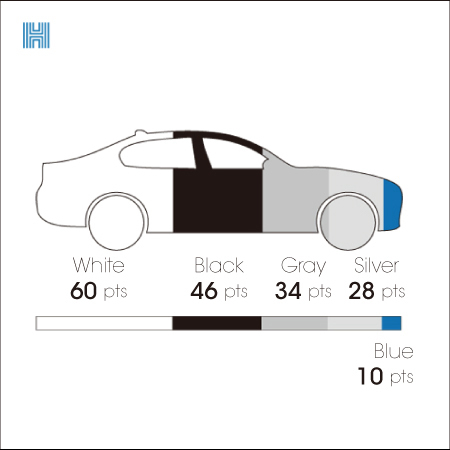 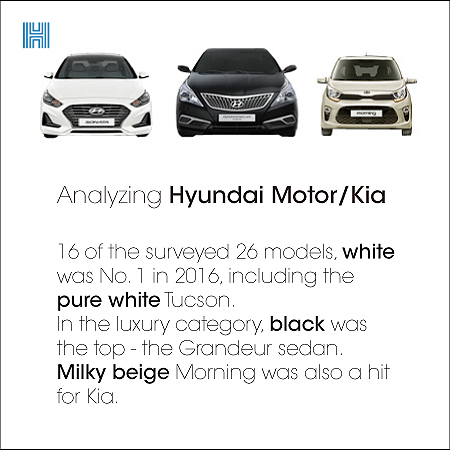 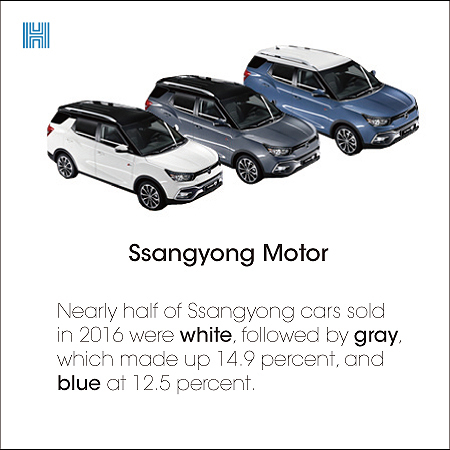 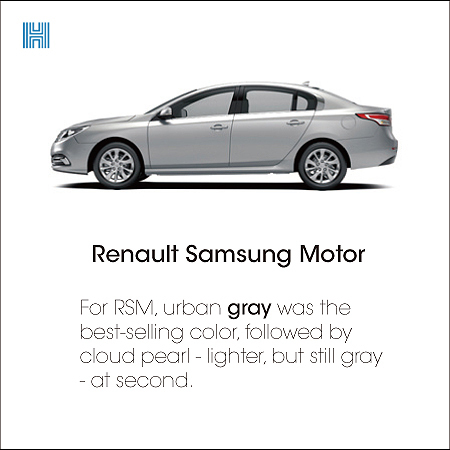 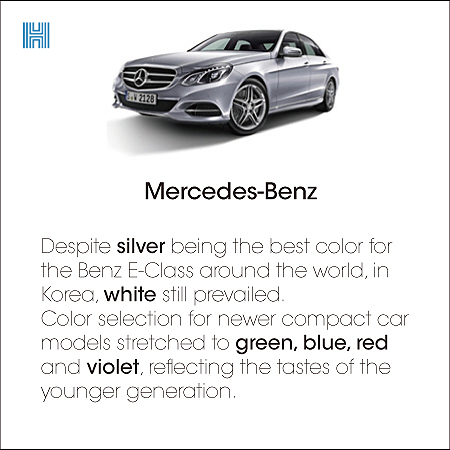 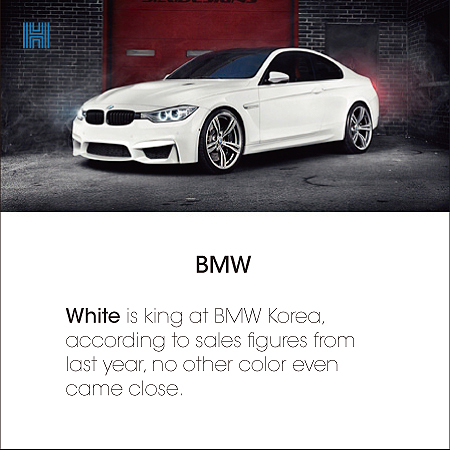 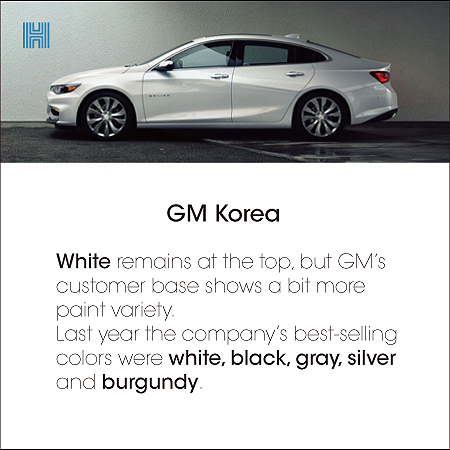 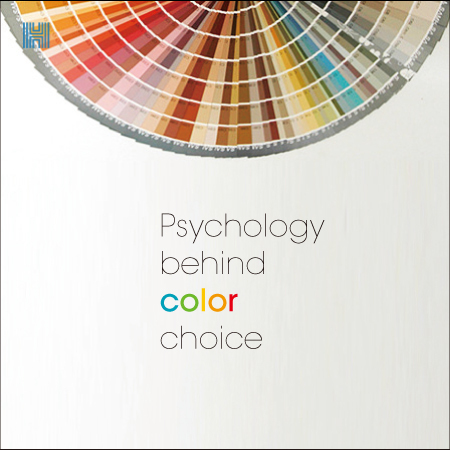 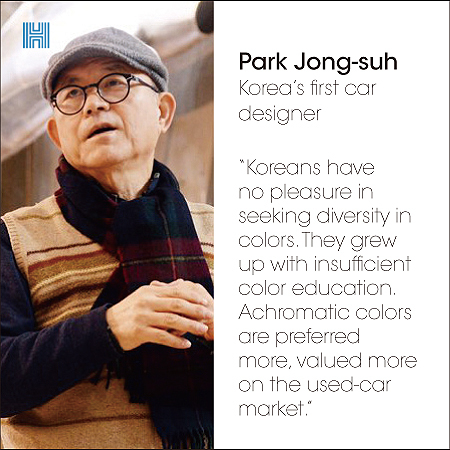 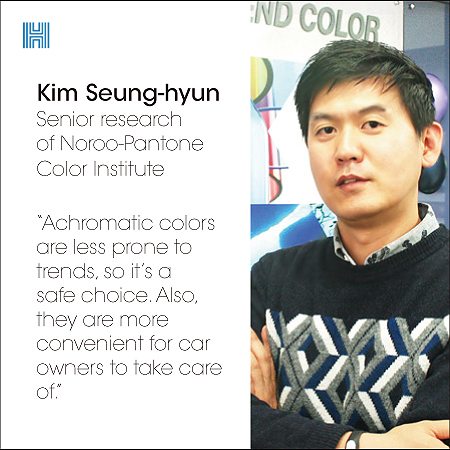 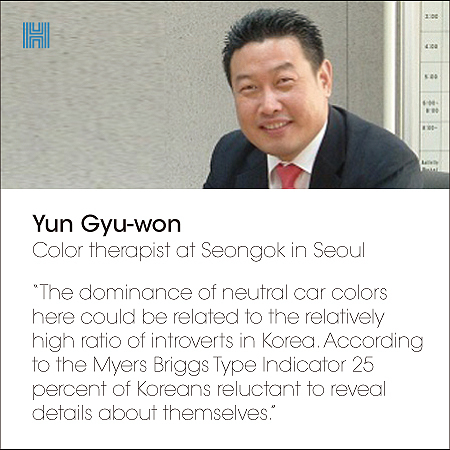 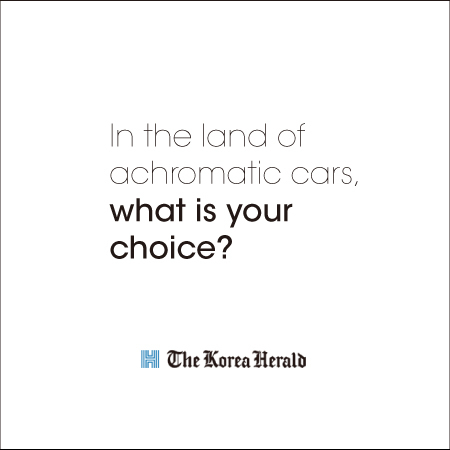 From parking lots to freeways, the diversity of car colors seems to be widely lacking and monotonous in South Korea.

Whether a Korean resident or simply visiting, one would be hard-pressed to find anyone able to claim the country’s streets are flush with color.

At times it may even seem like the only pop of color on the road comes from the fleet of orange city taxis.

“I have noticed that the cars here, in way of color scheme, are white, black or a dark silver,” said 27-year-old Jeffrey Masson, an American who has been working and living in Seoul for a year. “Seems like there is no other choice. It’s bland and doesn’t seem to reflect the personality of an individual,” he said, adding that the US is far more diverse in terms of car colors.

Whether one agrees or disagrees with Korea’s seemingly lackluster personality when it comes to the prevalence of vehicle colors, the numbers speak for themselves.

The Korea Herald’s auto team interviewed six carmakers this month to find out what car colors were favored by Korean motorists last year.

Regardless of the different models of sold cars, the team denoted 10 points to each of the automakers’ most sold color, eight points for second, six points for the third most popular and four and two points, respectively, for the fourth and fifth best-selling car colors. Some of the carmakers could not provide the exact number of cars sold by color, but provided their own lists.

The results showed the color white, including various shades of white, was the most popular car color choice last year with 60 points. Black came in second with 46 points, while gray followed in third at 34 points.

Coming in at the No. 4 spot was silver with 28 points. Blue was in fifth place raking in just 10 points.

Korean motorists may have different reasons for choosing white, but their preference for achromatic colors could be related to their lack of color education, and perhaps, their personality, local experts say.

“Koreans have no pleasure in diverse colors. They grew up with no proper color education,” said Park Jong-suh, a first-generation car designer who has led the design team and design research at Hyundai. “Achromatic colors are more preferred and valued more on the used car market.”

The dominance of neutral car colors here could have something to do with the relatively high rate of introverts in Korea, said Yun Gyu-won, a color therapist in Seoul.

According to the Myers Briggs Type Indicator, a personality test, 25 percent of Koreans are reluctant to reveal details about themselves. Achromatic colors are neutral and do not represent a particular feeling, he added.

Koreans’ tendency to follow others and the most popular option was also reflected in their color choice for cars.

“Koreans, in particular the older generation, have a hard time picking a color. We are very self-conscious about standing out. At the end of the day we go for the most common one, which is white these days.”

Achromatic colors are also less susceptible to trends, so it is a safe choice.

“They are more convenient for car owners to take care of,” said Kim Seung-hyun, a senior researcher of the Noroo-Pantone Color Institute, a leading color research institute here. Scratches made on white and silver cars are less likely to be evident as the two reflect light, Kim said.


Breakdown of most sold colors by carmakers

White was the No. 1 most preferred color for 16 out of 26 models of South Korea’s leading automakers Hyundai Motor and Kia Motors in 2016. Polar white was the best-selling color of the Hyundai Avante compact sedan, with 49,000 units. The pure white Tucson, a compact SUV from Hyundai Motor, also topped the list with 25,000 units.

In the luxury category, however, black topped the list.

Black was the best-selling color for the Grandeur sedan, Hyundai Motor’s flagship luxury model. A total of 40,000 black Grandeur sedans were sold last year, accounting for 57.6 percent of the luxury model units.

In the case of GM Korea, while the color white still remains at the top of the sales list, the customer base shows a bit more paint variety.

Urban gray was the top-selling color at Renault Samsung Motors, a local unit of French automaker Renault S.A., with 31,141 units sold. Cloud pearl, which is a lighter ton of urban gray, came in at second place.

White stood for 48.7 percent of automobiles sold by Ssangyong Motor, a South Korean unit of Indian carmaker Mahindra & Mahindra, in 2016, followed by two shades of gray that made up 14.9 percent and blue at 12.5 percent.

Despite silver being the worldwide most popular choice for the Benz E-Class, in Korea, white still prevailed.

Currently, Mercedes-Benz Korea’s best-selling model is the E-Class luxury sedan, with polar white listed as the most preferred color for customers, despite also being offered in citrine brown, cavansite blue and kallaite green.

After white, the next line of popular colors for the E-Class here includes obsidian black, iridium silver and selenite gray.

White is king at BMW Korea, as it is the luxury German automaker’s most popular color choice among Korean customers, and according to sales figures from last year, no other color even comes close.

In fact, BMW Korea’s Nos. 1 to 5 color rankings from last year were all achromatic colors.

According to data from BMW, domestic sales of vehicles sold in alpine white last year stood at 20,588, crushing all other color schemes. Coming in second was black sapphire metallic at 4,283, followed by carbon black metallic, glacier silver metallic and space gray metallic.

By The Korea Herald Auto Team