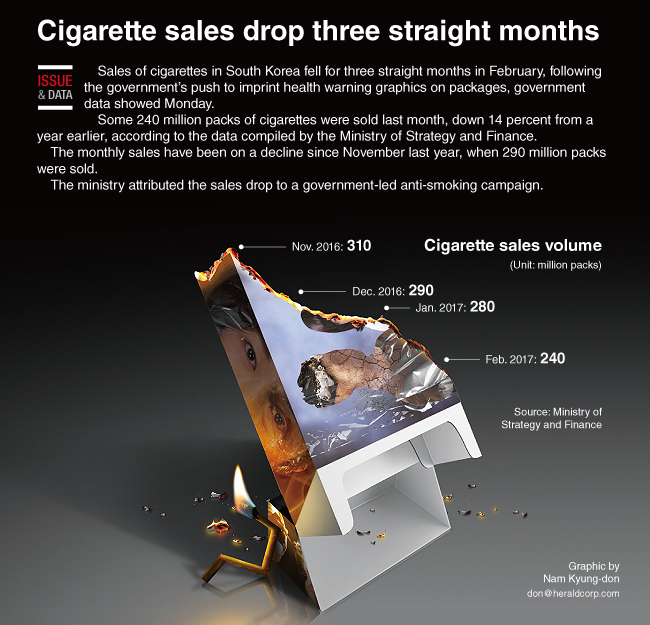 Some 240 million packs of cigarettes were sold last month, down 14 percent from a year earlier, according to the data compiled by the Ministry of Strategy and Finance.

The monthly sales have been on a decline since November last year, when 290 million packs were sold.

The ministry attributed the sales drop to a government-led anti-smoking campaign.