According to the US research firm IC Insights, Samsung Electronics’ capital expenditure on semiconductors this year is expected to be 14.5 trillion won ($12.5 billion), 11 percent higher than last year’s investment.

The Korean tech giant is slated to complete the world’s largest chip complex in Pyeongtaek, with the aim of mass producing V-NAND flash memory from the middle of this year.

In January, the company said it had made an investment of 13.2 trillion won for capital expenditure last year, adding the memory to system large-scale integration ratio was 8 to 2.

The Korean chip maker plans to expand the production of 3D NAND memory this year while reducing the investment in DRAM. The investment will also be made in the establishment of clean room in Icheon plant M14 to produce 3D NAND memory. 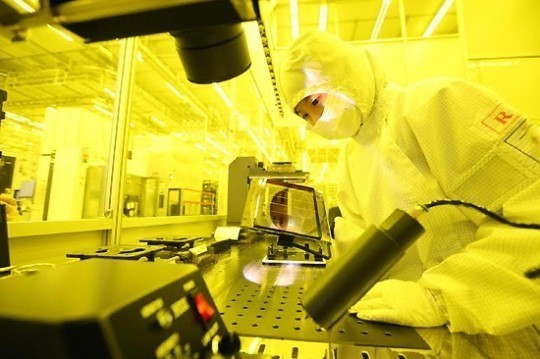 The world’s largest microprocessor Intel is also predicted to make an investment of $12 billion this year, a 25 percent rise from the previous year. Taiwanese chip maker TSMC is likely to set aside $10 billion won in investment, a 2 percent drop from last year.

Industry watchers predicted the prices of both DRAM and NAND flash memory will continue to rise this year.

“With Samsung Electronics and Chinese smartphone makers unveiling new devices, the demand for mobile DRAM will continue to rise this year. The short supply of DRAM will lead to the price rise until the third quarter of this year,” said Lee Jeong, an analyst at Eugene Investment & Securities.