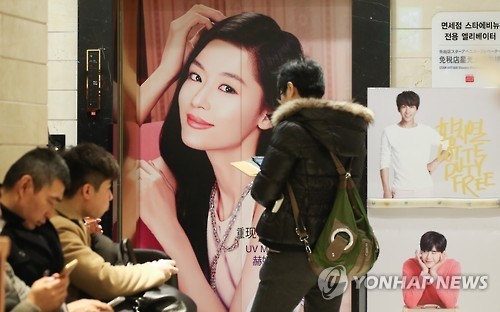 Marketers have shifted to the mobile platform in droves to grab the attention of users of smartphones and other ubiquito gadgets.

Mobile ads have also evolved by taking advantage of the latest technology, combining their content with social media and location-based services to better target customers.

Ads in newspapers fell 2 percent on-year to 1.47 trillion won, while that in magazines also dropped 9.3 percent to 378 billion won, it said.