South Korea’s top diplomat Yun Byung-se is planning to visit Southeast Asian countries this month, a foreign ministry official said Sunday, as Seoul pushes to rally the region’s support for its efforts to put pressure on North Korea over its nuclear program as well as the recent assassination in Malaysia.

“Foreign Minister Yun is reviewing plans to attend events to mark anniversaries of diplomatic relations with Southeast Asian countries,” the official said. If confirmed, the trip is likely to fall in mid-March. 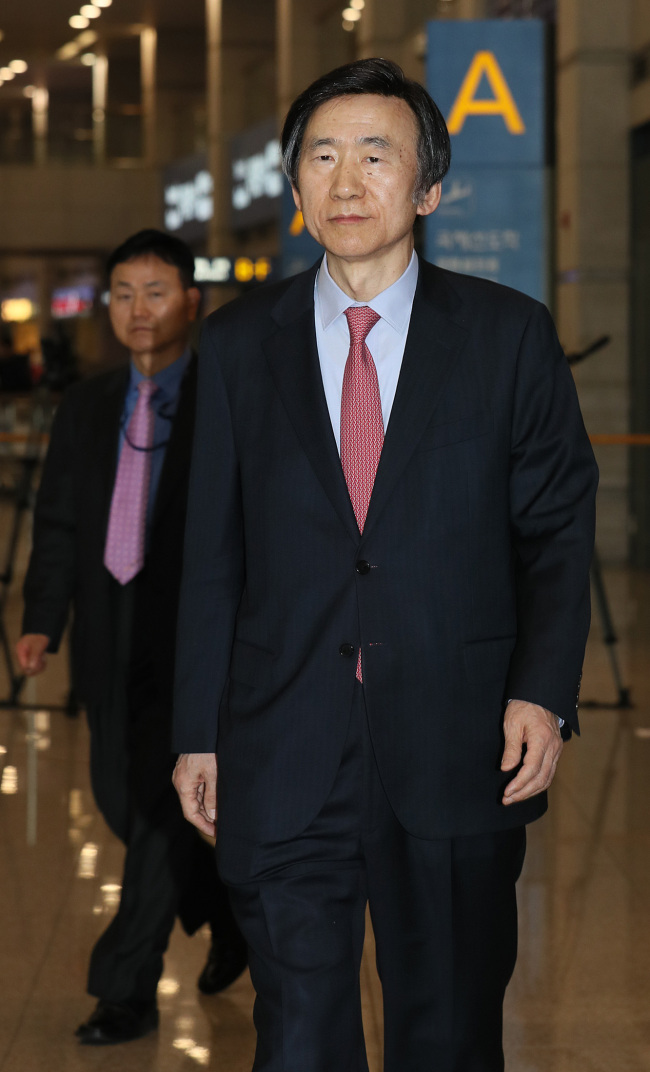 Yun Byung-se (Yonhap)
“Specific schedules have yet to be confirmed,” but his trip could include Sri Lanka, Vietnam or Cambodia, three countries each mark the 40th, 25th and 20th anniversary of establishment of diplomatic relations with South Korea, according to the official.

The likely trip is expected to concentrate on winning the Southeast Asian region’s backing for Seoul’s push to get North Korea to give up its nuclear weapons program.

Many Southeast Asian countries including Vietnam have maintained friendly terms with North Korea, but the recent murder of North Korean leader Kim Jong-un’s half brother Kim Jong-nam on Feb. 13 badly eroded its relationship with Malaysia.

A Vietnamese woman was also indicted in Malaysia for her role in the assassination. (Yonhap)