It is the cable broadcaster’s first sci-fi drama and will be set both in present-day Korea and in 2037.

The two different timelines will exist concurrently, making it different from a previous time-slip drama that the cable channel had aired. The two different stories of the present and future will play out separately. 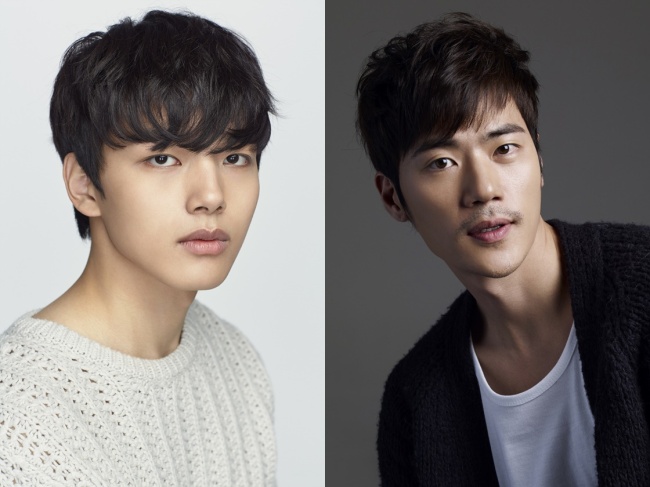 Yeo Jin-goo (left) and Kim Kang-woo star in tvN’s new sci-fi drama “Circle.” (SBS/ Namoo Actors)
Yeo will play the college student Kim Woo-jin in the first part of the drama, which will feature the present-day. Kim Kang-woo will play the policeman Kim Joon-hyuk in the second part, set in the future.

The drama centers on an alien invasion in 2017 and the subsequent new Earth in 2037, which is separated into the “Smart Earth” where people’s emotions are controlled and the “General Earth.”

Helmed by Min Jin-ki, who was responsible for “Saturday Night Live Korea,” the drama will also feature Lee Gi-kwang of the boy band Highlight.

“Circle” will hit TV screens in May.