At an opening ceremony of the Mobile World Congress that kicked off in Barcelona, Spain, Hwang delivered a keynote speech aimed at expressing KT’s ambition to be a leader in establishing the fifth generation telecommunication network. It is the second time that Hwang addressed at the MWC after his first one in 2015. 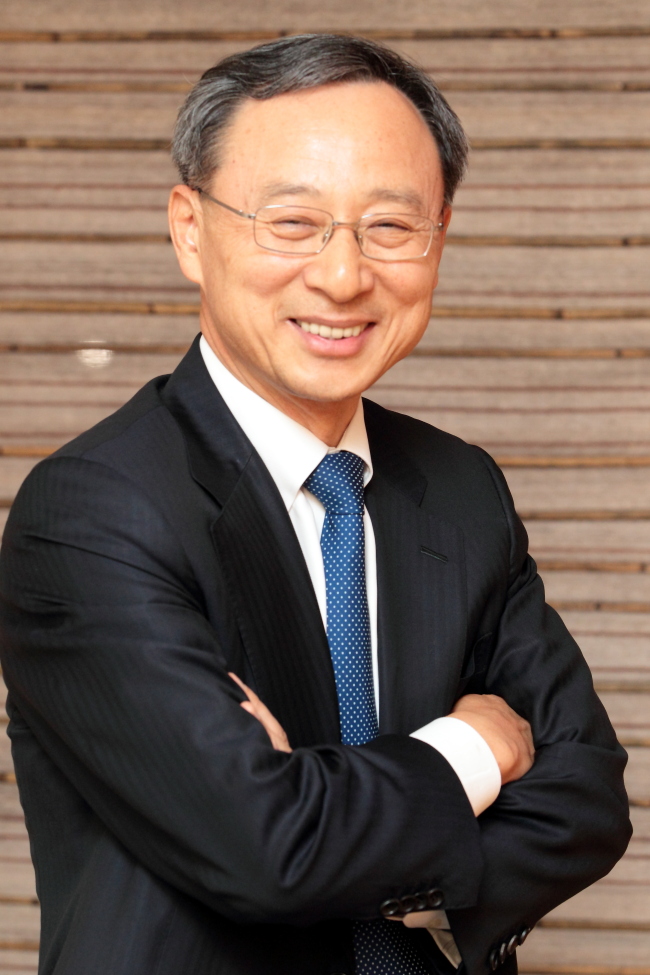 KT CEO Hwang Chang-gyu (KT)
In his speech titled, “New World Beyond 5G,” Hwang highlighted that the 5G network will bring a new world beyond evolution of the network technology and explained how 5G can change the world.

“Unlike the previous networks, 5G requires not only speed, but also connectivity, capacity and intelligence,” he said.

Hwang explained how 5G solutions can be intelligent.

When added to GPS, the 5G network reduces the error range to less than 1 meter, helping to find missing children in large public places, he said.

The 5G network is also more secure than its predecessor, describing KT’s Wiz Stick is a 5G-based security solution that prevents phishing, hacking and pharming attacks by blocking them using data through an intelligent router, Hwang added.

Orchestration capability is another element of intelligence of the 5G network, Hwang suggested. Remote controlling of drones and connected cars that are moving autonomously in the 5G era will be essential to minimizing accidents.

According to a recent report by IHS Markit, the 5G network is forecast to generate about $12.3 trillion worth economic effects globally by 2035, and create about 22 million new jobs. Telecom businesses are also actively looking for collaboration through the 5G intelligent network that requires convergence with various industrial solutions.

KT has conducted a total of seven tests on 5G services under development. The mobile carrier also has won about 90 patents related to 5G technologies.