For the artist of the year award, the sixth annual ceremony divided the section into two parts: album and songs. The album category was awarded per quarter while the songs were awarded for each month.

EXO took home the award for the second and third quarter, becoming the only band to receive multiple awards in the category. The band also won the fans’ choice award both as a group and as an individual, with its member Sehun notching the award. 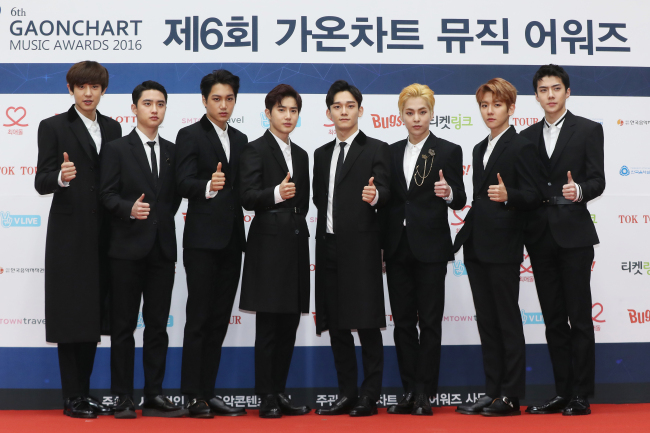 GOT7 and Bangtan Boys won the awards for the first and fourth quarters, respectively.

While boy bands dominated the album subcategory, it was the female artists who stood out in the song section.

Twice and BlackPink each took two artists of the awards, with the former winning the prize for April and October while the latter was awarded for August and November.

The award for best new artists went to NCT 127 and BlackPink for album and song category.