GM Korea CEO James Kim said Thursday the company will conduct internal audits and structurally reorganize the company following the indictment of 31 individuals accused of being involved in selling job positions at the domestic branch of the American automaker.

Earlier this month, the Incheon District Prosecutor’s Office indicted five former and current senior GM Korea employees, as well as a group of former and incumbent labor representatives after an eight-month investigation. They are suspected of having received tens of millions of won in bribes in exchange for offering permanent jobs to contract workers.

According to company officials Thursday, Kim sent an apology message to all GM Korea employees regarding the job-hiring scandal and vowed to restore the reputation of the company by implementing stricter management guidelines. 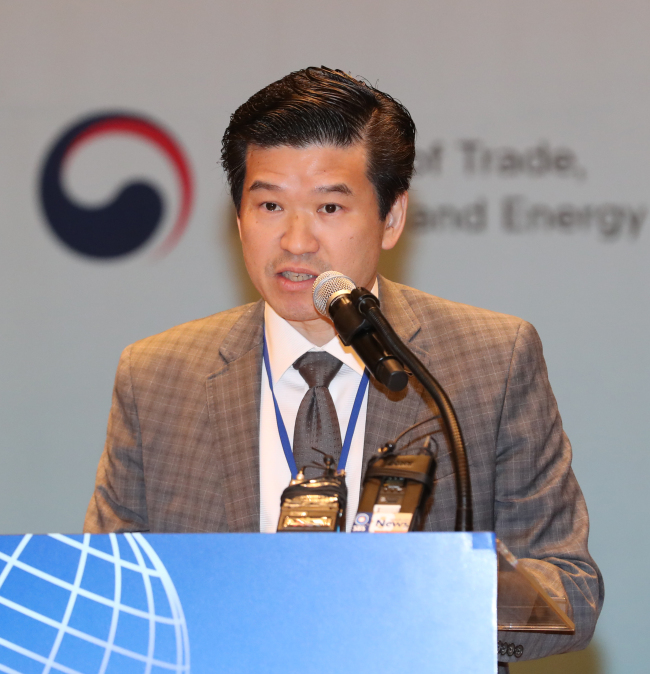 GM Korea CEO James Kim (Yonhap)
“The company has thoroughly reviewed the results of the prosecution’s investigation and based on these results, we will be strengthening our internal regulations and implementing follow-up measures to ensure events like this do not occur again in the future,” he said.

Kim went on to state that GM Korea would be implementing its own disciplinary action -- which includes the termination of employment -- on those who were involved in scandal.

The company also said it will be reallocating the recruitment of blue-collar employees to its personnel division, as one of its preventive measures. The labor management division had previously been in charge of hiring contract workers and labor relations.

“We will be conducting thorough internal audits and monitor the recruitment process to prevent anymore unfair practices,” said company officials.