The repatriation took place at the border village of Panmunjom that separates the two Koreas around 11:30 a.m., according to the unification ministry official. 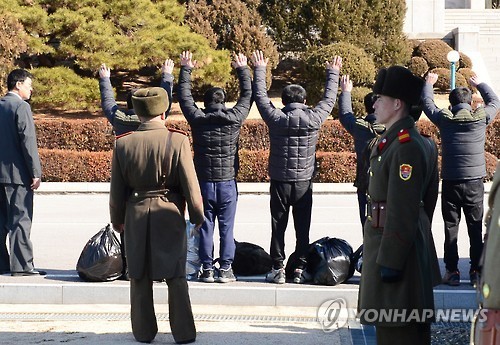 (Yonhap)
South Korea said the five fishermen expressed their wish to go back to North Korea. The five fishermen were rescued by a South Korean coast guard vessel in the East Sea on Monday after their ship ran adrift due to engine problems. (Yonhap)