More than half of Internet users in South Korea said they were unhappy with advertisement banners and links on screen when they use search engines, a report said Thursday.

According to a report by the Korea Information Society Development Institute, 55.9 percent of Naver users that browse mostly on PCs said they are unhappy with the ads, with 54.6 percent of those who use Daum on desktops answering the same. 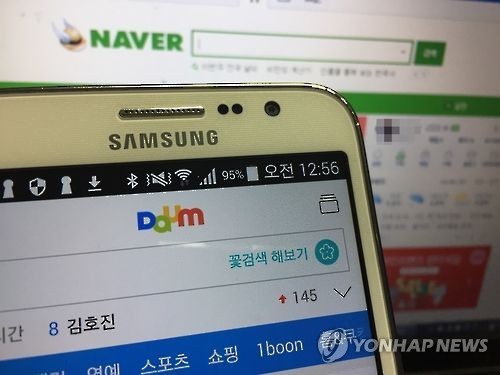 (Yonhap)
The survey was carried out in November last year, based on 1,525 Internet portal users randomly selected by the think tank.

On the mobile basis, 47.7 percent of Daum users said they do not like ads that pop up as they scroll their phones, followed by 46 percent of Naver users.

Advertisements on Internet search engines have often been criticized by industry watchers since it can hamper users' judgment or choices they make by clicking on the link.

The KISDI said the report is a reminder for the portal companies of the need to improve their ad services so that users' discomfort can be minimized.

"Aside from users' high dependency on the portal sites, the level of disturbance turned out to be quite high. Efforts can be made to minimize the inconvenience by improving their disposition and amount," the report said. (Yonhap)