“It seems like the timing of the assassination has no meaning. It is rather a reflection of Kim Jong-un’s monomaniacal side than a calculated move to remove a threat to his regime,” Rep. Kim Byung-kee of the Democratic Party of Korea told reporters after a closed-door session with the nation’s spy agency chief.

“An assassination attempt from North Korea was first spotted in 2012. Kim Jong-nam sent a letter begging for his and his family’s life to his brother Kim Jong-un in April that year,” Kim said. “In the letter, Kim Jong-nam said ‘Please cancel the punishment order for me and my family. We have nowhere to go. Suicide is the only way to escape.’” 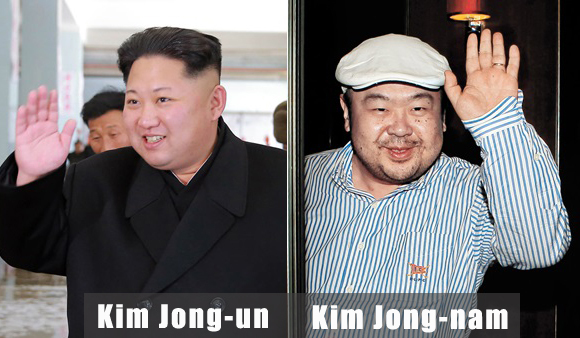 (Edited Yonhap photo)
South Korea’s spy agency, the National Intelligence Service, on Wednesday confirmed that Kim Jong-nam, 46, was killed with poison at an airport in Kuala Lumpur by two unidentified women on Monday. He was waiting to take a flight to Macau, where his family members live.

Pyongyang has been on the lookout for the opportunity to assassinate Kim Jong-nam, who was believed to be under the protection of the Chinese government until recently, the agency said.