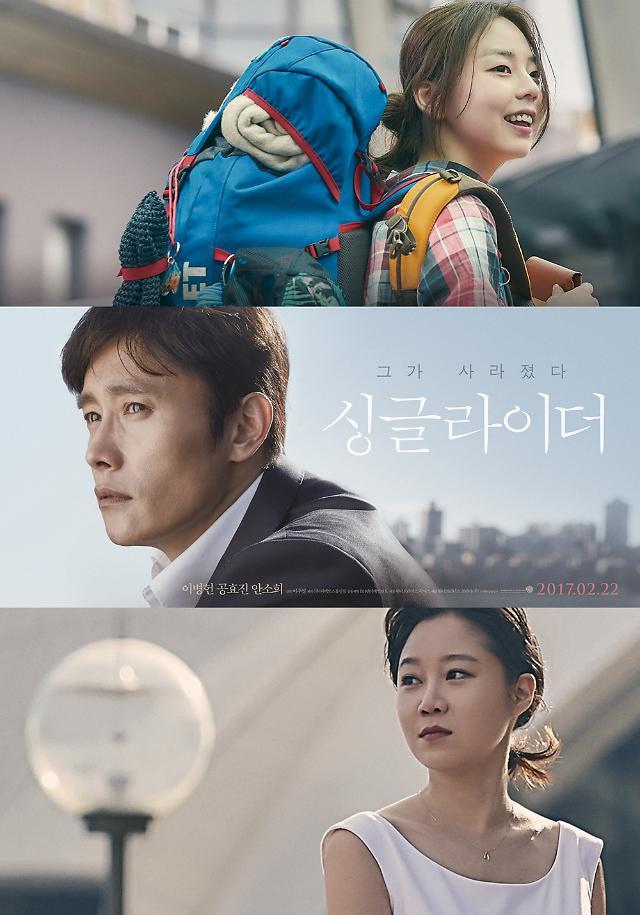 The new poster shows a teary-eyed Lee Byung-hun portraying Kang Jae-hoon, a bankrupt stock firm manager, who loses everything after investing in an insolvent bond. In the film, Kang leaves for Australia, where his wife, Soo-jin, played by Gong Hyo-jin, is preparing to move onto a new life. Unable to approach her, Kang disappears.

The former Wonder Girls member Ahn plays Ji-na, who has gone to Australia for a working holiday. Ahn is shown smiling in the poster with a backpack slung over her shoulder.

The film, to be released on Feb. 22, is the second Korean film distributed locally by Warner Bros. following last year’s “The Age of Shadows.”

It is the first feature film by female director Lee Zoo-young.