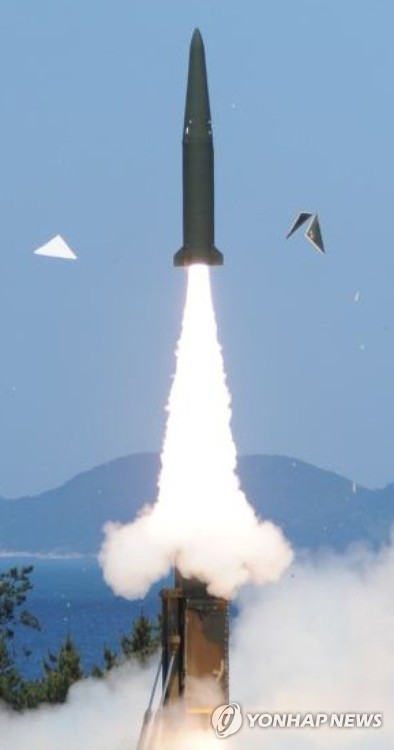 "In response to North Korea's missile launch Sunday, we are reviewing measures to discard security concerns and show our determination to retaliate against any aggression by the North," a defense ministry official told Yonhap News Agency.

It is also considering publicizing photos or video of the missile launch.

"There is also an opinion in the military that it will be more effective to unveil the test-firing scene of a new 800 km ballistic missile which is in the final stage of development," the official said.

The Hyunmoo missiles are a core asset in the Korea Massive Punishment & Retaliation plan. The KMPR directly targets the North's military leadership with the aim of neutralizing key figures and infrastructure if there are clear signs of the imminent use of nuclear weapons, according to the ministry.

In recent years, the military has test-fired newly developed missiles on the heels of Pyongyang's provocations. The communist regime conducted two nuclear tests and a series of missile launches last year alone. (Yonhap)