In a test conducted by the state-run Korean Agency for Technology and Standards, it was found that electrodes of batteries installed in the Galaxy Note 7 were damaged, while some batteries missed insulation materials, the Ministry of Trade, Industry and Energy said in a release. 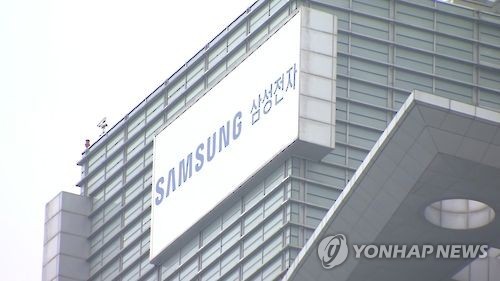 (Yonhap)
The ministry said, however, it discovered no problems in the smartphone's hardware design or software.

"Problems in the batteries were found to be highly likely the cause of the fires, but we found nothing unusual in the smartphone itself," the ministry said.

It said the battery manufacturers have failed to deal with safety problems as their battery was a newly advanced type in terms of capacity for the high-end smartphone.

"As the pace of smartphone development has been rapid for years, the capacity of batteries has been expanded as well," said Kim Jeong-hoi, director general of the product safety policy bureau at the ministry. "But companies should have focused more on safety issues in their manufacturing process."

The government's report is similar to the probe result announced by Samsung Electronics last month.

"Our investigation concluded that the batteries were found to be the cause of the Note 7 incidents," the company said.

The Galaxy Note 7 was launched worldwide in August last year, but a series of fires led Samsung Electronics to discontinue the smartphone in October after recalling millions of the devices throughout the world over safety concerns.

The government said it will tighten safety guidelines on lithium-ion batteries and smartphones in order to prevent further cases.

Batteries used for smartphones and tablets will be subject to toughened safety certificate processes, including regular inspections by the authorities, while the government will revise related laws to force manufactures to submit samples of batteries before they go on sale.

"The measures are aimed at strengthening the government's oversight of the manufacturing process before a completed smartphone unit hits the showroom. We will check the samples from the beginning," the ministry official said. "The government will verify the safety of the newly developed batteries in the first five years."

It will also rewrite safety standards on smartphones, such as battery temperature controls, and expand the government-led safety tests on a regular basis.

He said all local and foreign firms doing business in South Korea are subject to the tightened regulations indiscriminately. (Yonhap)