The government said Friday that it will strengthen punishments for people causing violence or a disturbance during a flight, following a recent in-flight incident.

Under revised airline safety regulations, a passenger resorting to violence during the flight will be sentenced to up to three years in prison, officials said.

The revision was discussed during a government meeting presided over by Acting President and Prime Minister Hwang Kyo-ahn. 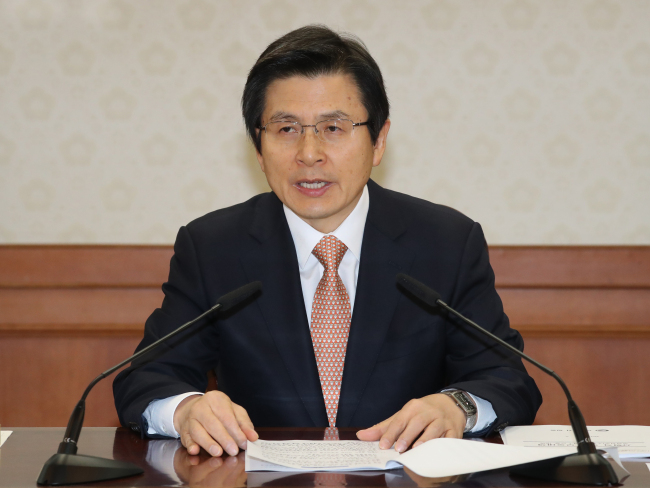 Currently, only aviation safety agents are required to record footage of in-flight violence. Under the revision, all flight attendants will be required to do so when necessary.

The move is the latest measure against in-flight violence, which was highlighted late last year when a drunk South Korean man went on a near rampage on a Korean Air flight from Vietnam to South Korea. (Yonhap)