SK Holdings, the holding unit of SK Group, revealed in a regulatory filing Monday that it has agreed to acquire a 51 percent stake in LG Siltron, a wafer manufacturing unit owned by LG Corp. for 620 billion won ($531.6 million). 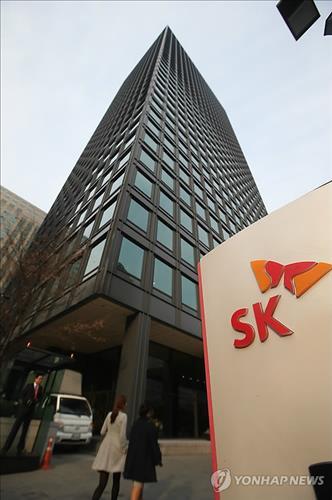 “The latest takeover reaffirms SK Group’s determination to raise the corporate value of its semiconductor unit,” said Kim Kyung-min, an analyst at Daishin Securities. “The M&A would serve as a catalyst for elevating the industrial status of SK hynix and its share value.”

Some interpreted the acquisition as a stepping stone for SK to develop into a general semiconductor material business, which implies further attempts by the group to buy several more chip-related businesses.

“SK Group is also expected to reorganize its corporate governance structure by putting SK hynix at the forefront as a core business,” said Lee Sang-heon, an analyst at HI Investment & Securities. “The market expects some meaningful synergy between LG Siltron and SK’s chip manufacturer amid rising demand for semiconductors and wafers.”

Some analysts assessed the deal as a win-win situation for both.

“While SK will be able to establish a full production line for its semiconductor business centering on SK hynix, LG Siltron is expected to achieve a growth in sales,” said Chung Dae-ro, an analyst at Mirae Asset Daewoo Securities. “At the same time, LG Corp. has secured a new source of cash that will be used for new investment.”

LG Corp. said in the filing that the sale of LG Siltron would increase the efficiency of its assets.

LG Siltron produces silicon wafers, a key component of semiconductors. It is the fourth-biggest player in the global wafer market, especially in the 300-millimeter wafer sector. The unlisted company is estimated to have raised 84.5 billion won in sales and 3.5 billion won in operating profit last year.

It was co-founded by Dongbu Group and US chemical firm Monsanto in 1983. LG Group bought the 51 percent stake and management control in 1990. Dongbu held the remaining 49 percent stake in the wafer company until 2007 when it sold the ownership to Vogo Fund and KTB.

“It is fortunate that LG Siltron, a competitive component supplier, has been sold to a local conglomerate, not a foreign business,” said an industry insider who declined to be named. “It is important in terms of prevention of technical leaks and securing a stable supply of components for local chipmakers.”

According to global market forecasters like IHS Markit and Gartner, the global semiconductor market is projected to grow at least 4 percent annually.

Ahn Ki-hyun, an executive director at Korea Semiconductor Industry Association says the growth rate for the Korean market that is focused on memory chips is even higher this year.

“It seems to me SK made a good investment decision,” Ahn said. “Demand wafers is likely to surge, a trend that already has kicked off.”

SK has been consistently reinforcing its semiconductor business since the group took over Hynix Semiconductor in 2011.

“We are trying to expand our presence in the global semiconductor material market by acquiring the wafer business in addition to the gas business,” a spokesman at SK Holdings said.

However, it is still uncertain how the expected synergy would affect SK hynix, according to another industrial source.

“SK hynix would respond to the deal in a careful manner,” the source said. “Some say SK hynix is likely to increase orders from LG Siltron, which might be unfair to other wafer suppliers and sounds sensitive in terms of price.”