Despite the rhetoric, the Trump administration is unlikely to make a drastic change to its relations with North Korea in the long term, as its deep economic ties with China, the North’s primary backer, would limit its policy options, said Choi Jong-kun, a renowned scholar on Northeast Asian security in Seoul.

He stressed South Korea badly needs strategic thinking in its relations with allies and neighbors, and the country should avoid getting involved in unnecessary disputes to maintain peace and stability on the Korean Peninsula.

“We have to wait until this June or July to gauge Trump’s policy. Until then, there will be harsh rhetoric going back and forth. But I don’t think there would be landscape changes in terms of Trump’s policy toward North Korea and China,” said Choi, a professor in political science and international studies at Yonsei University, in an interview with The Korea Herald.

“The conventional wisdom is that the US will press China over currency manipulation and unfair trade,” he said of Trump’s election pledge to fix US trade policies with China. “But after all, the US would need more money to boost the economy. To do that, they will issue more bonds and need China to purchase them.” 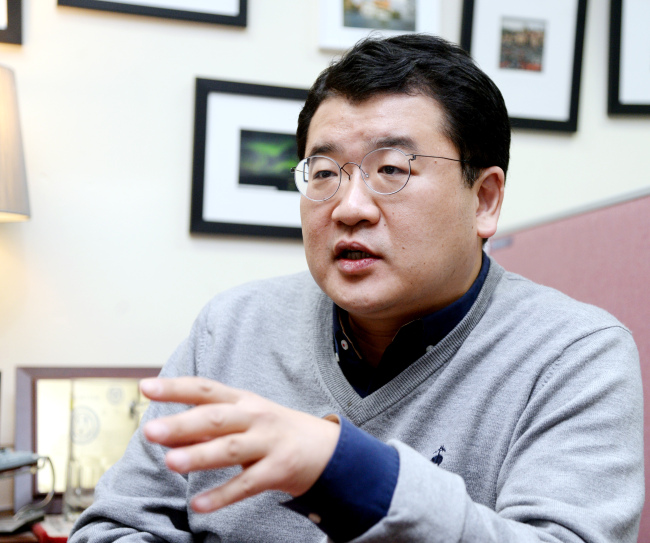 Choi jong-kun, a professor in political science and international studies at Yonsei University. Park Hyunn-koo/The Korea Herald
Some experts here expect that Trump, sworn into office Friday, will shift from his predecessor’s “strategic patience” policy and adopt a new initiative toward Pyeongyang, which has beefed up its nuclear capability despite US-led economic sanctions.

“It will be pretty much the same as what Obama did. People in Washington believe there will be little breakthrough unless the North makes serious progress on denuclearization,” Choi said.

The Trump administration is widely expected to seek renegotiation of the almost 5-year-old Korea-US Free Trade Agreement and demand more contributions from Seoul to the alliance’s defense spending during bilateral talks scheduled for 2018.

Choi said South Korea needs to take a quid pro quo approach to any possible renegotiation with the US, stressing that Seoul, too, can make certain demands -- enhanced transparency for example -- in return for any concession.

“I think we can take on a larger burden in defense spending. In return, we should ask for more transparency over the money coming from our taxpayers. After all, an alliance is interdependent and it is an agreement between two democracies,” Choi said.

For South Korea to better position itself in its ties with the United States or any other country, the professor emphasized that South Korean officials should adopt a “strategic mindset” to be more pragmatic and flexible in finding ways to maximize national interest. 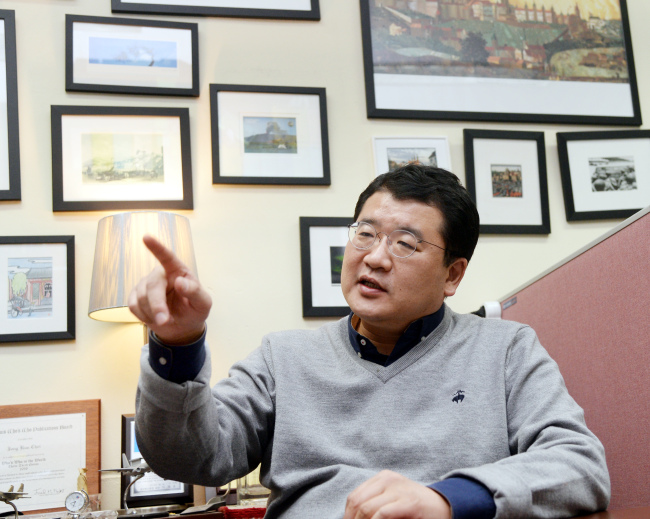 Choi, a professor in political science and international studies at Yonsei University, in an interview with The Korea Herald.
Furthermore, he advised South Korea to capitalize on its standing as a free trade agreement hub -- Seoul is the only economy in Northeast Asia that has signed free trade agreements with both China and the US -- and to stay away from maritime disputes in the South China Sea, an issue that he saw as unrelated to Seoul’s crucial interest.

“The worst possible situation for us would be that we are stuck between the US and China and being presented with a question like, ‘Which side are you on?’ The second-worst scenario is that we find ourselves being involved in an issue that hardly relates to us,” he said.

The professor also noted that while the political scandal surrounding President Park Geun-hye and her confidante has undermined Seoul’s diplomatic credibility, the reaction of the South Korean public to it has shown the world that the country is a resilient democracy able to fix dysfunctional politics. President Park was impeached in late December after weeks of massive street protests.

“The scandal has sent a bad signal that Seoul’s foreign policy could have been influenced by an irrational actor. … But I think the candlelight protests (against President Park) showed the resilience of Korea’s democracy. It showed the world that the Korean public can fix their problems in a peaceful and coherent manner,” he said.