The parliament's education committee on Friday passed a bill to ban state-authored textbooks amid the boycott from conservative parties.

The National Assembly Education, Culture, Sports & Tourism Committee approved the bill that bans the use of textbooks whose copyrights are held by the government. The bill has been handed over to the Legislation and Judiciary Committee.

The bill targets the Park Geun-hye government's plan to provide middle and high school students with state-authored history textbooks, which critics say is intended to imbue students with rightist views of the nation's modern history.

Liberals criticized it for glorifying the military dictatorship of Park Chung-hee, father of President Park Geun-hye, who seized power through a coup and ruled the country from 1961-1979. 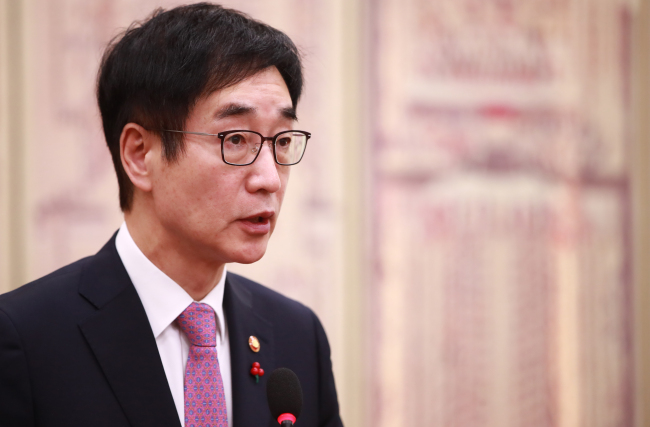 Education Minister Lee Joon-Sik (Yonhap)
The ruling Saenuri Party and its splinter Bareun Party walked out of the committee session before the bill was passed by the main opposition Democratic Party and the People's Party.

In a separate move, the opposition parties also passed a resolution to suspend the project to adopt state-authored history textbooks on Friday during the National Assembly's plenary session.

The resolution came as the opposition bloc called for an investigation into the allegation that Choi Soon-sil, the woman behind the influence-peddling scandal involving President Park Geun-hye, exerted influence on the project. (Yonhap)