The reinforced safety measures come on the heels of battery-related explosions of smartphones made by its rivals Samsung and Apple, and safety concerns among consumers.

The Korean tech firm said it would start to use “heat pipes” -- made of copper, which conducts heat away quickly -- for the G6.

Heat pipes are a cooling device mainly used in laptops and personal computers to stop their application processors overheating. They can reduce temperatures by 6-10 percent by dispersing the internal heat.

The G6’s design keeps the parts that heat up most as far apart as possible to stop heat concentrating in one area. 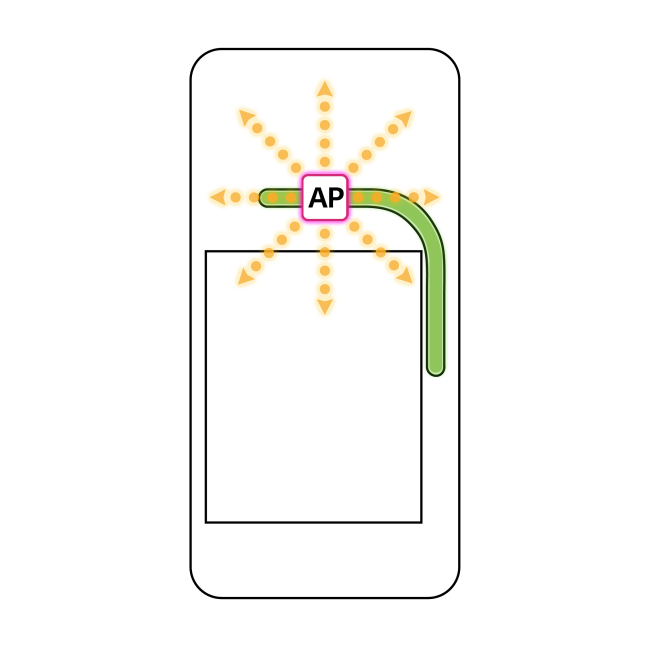 Concept design of radiant heat and heat pipe (LG Electronics)
Apart from adopting the new technology, the G6 is undergoing safety tests that are tougher than international standards.

“We are conducting battery heat exposure tests to a temperature 15 percent higher than the temperature set by the international standards of the US and Europe,” a LG official said.

“The battery also undergoes diverse tests such as piercing it with a sharp nail or dropping a heavy object on it from a high place,” he added.

LG said the G6 is also undergoing a new, more complex accelerated-life test. The accelerated life test is a process of testing in which it is subject to harsh treatment such as repeatedly dropping the phone or exposing it to high voltages, to simulate a lifetime of excess wear and tear and uncover faults and potential failures. The tests are done for smartphone parts including the application processor, display, camera and fingerprint scanner.

LG’s V20, which was unveiled in September, also passed the US military standard MIL-STD 810G test, which allows a product to be used in military drills or combat.