Following the competitive round of bidding for new duty-free licenses for outlets in Seoul earlier this month, Lotte Duty Free emerged as one of the licensees along with Shinsegae DF and Hyundai Department Store.

The Korea Customs Service has notified the three companies that they have acquired preliminary permits to begin preparing for operations. 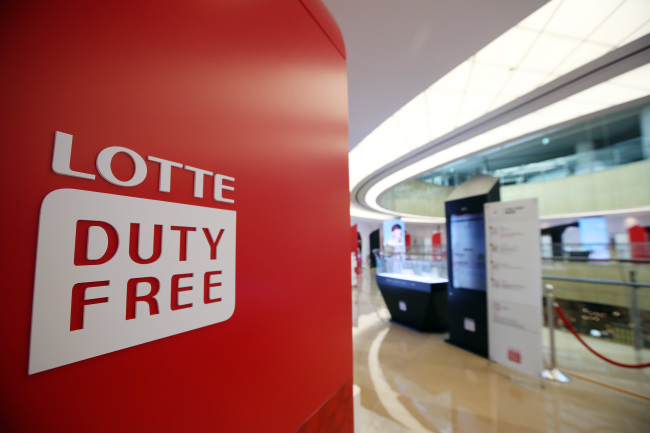 Lotte Duty Free's World Tower outlet (Yonhap)
The three companies must open their branches within 12 months of receiving the preliminary permits, with the final licenses being issued after an on-site inspection once they are ready to operate.

However, there is still controversy over whether the new duty-free stores will be able to open as scheduled.

In particular, Lotte Duty Free is on the hot seat because of Lotte’s involvement in contributing funds to foundations run by President Park Geun-hye’s friend Choi Soon-sil.

Rep. Song Young-gil of the Democratic Party of Korea and the Korea Federation of Micro Enterprise have filed a lawsuit asking the courts to stop the licensing process on grounds that the ongoing special investigation into the Choi scandal and the Constitutional Court’s deliberation of President Park’s impeachment may reveal corruption in the licensing process that could make the licenses void. The trial for the case has been set for Jan. 10.