The book draws on the small inconveniences and anxieties that a woman faces in everyday life, and the striving to become a “good,” well-reputed and likeable person.

Like the novel, “Misbehavior,” the latest drama film by emerging director Kim Tae-yong, is a story about two women and their fragile egos. One is burdened with a sense of inferiority, while the other unapologetically pursues her own desires. Both end up being destructive.

The film also delves into the complex hierarchical dynamic that people impose among themselves according to wealth, physical appearance and emotional dominance. 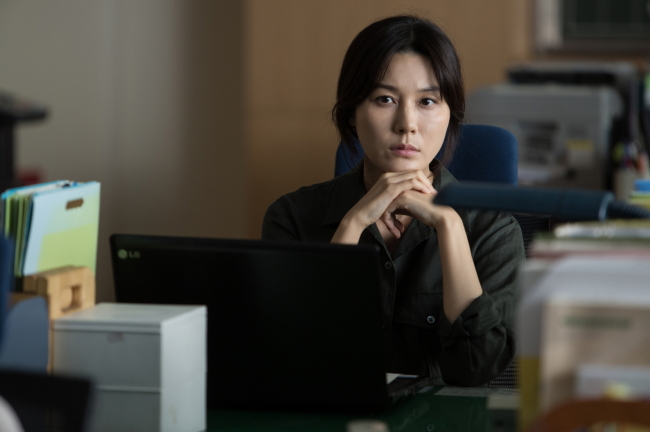 Kim Ha-neul stars in "Misbehavior." (Filament Pictures)
“Misbehavior,” whose Korean title is “Female Teacher,” presents two such characters who clash. Kim Ha-neul, returning to the big screen after wrapping the TV series “On the Way to the Airport,” plays restrained part-time teacher Hyo-joo, who works at an all-male high school.

“She lives a very dry life,” Kim said of her character after a press screening of the film on Wednesday in Wangsimni, Seoul. “Her today, yesterday and tomorrow are all pretty much the same.”

“Don’t even dream of getting married until you get a full-time position,” the school’s administrator tells Hyo-joo as she signs her contract. Her self-absorbed boyfriend, meanwhile, decides to leave her on a whim to become a writer in Paris.

Financially unstable and emotionally torn, Hyo-joo discovers that Hye-young, her junior, has instantly nabbed a full-time position at the school through her connections. Played by Yoo In-young, Hye-young is wealthy, young and perky. Everything about her -- from her revealing skirts and the way she enjoys the male students’ attention -- aggravates the reticent Hyo-joo.

One day, Hyo-joo catches Hye-young having relations with Jae-ha, one of her students and an aspiring ballet dancer, in the storage room of the school gym.

She decides to use this information to torment Hye-young, who seems to want for nothing. Citing teachers’ moral standards, she warns Hye-young to stay away from the young student, while she herself begins to pay for Jae-ha’s ballet lessons and eventually begins a relationship with him. 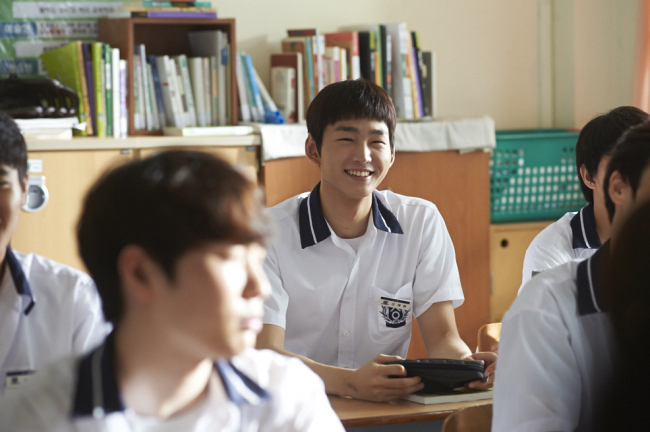 Lee Won-geun stars in "Misbehavior." (Filament Pictures)
The plot moves along as the hierarchy between the characters shifts, and they struggle, often cruelly so, to regain the upper hand. Hyo-joo, once dwarfed by Hye-young’s influence and charm, gains an advantage once she discovers her rival’s wrongdoing. But Hyo-joo herself gets involved with the same student, and is caught by Hye-young, to whom she must grovel to keep her job.

Meanwhile, Jae-ha, played by Lee Won-geun, is submissive and flirtatious, but keenly aware of his teachers’ emotional and physical needs. He understands and uses his position to get what he wants from them.

“I wanted to see how far human desire could go, and how low their ego could fall,” director Kim said. “The question of hierarchy exists not only in politics or news, but in everyday life, in emotional battles.”

“I myself feel a sense of inferiority when comparing myself to others. I came up with this script when I started wondering, ‘What is the one thing I could take from them? Could I succeed? Would that satisfy me?’”

Director Kim stressed that though the “packaging of the film might seem like an illicit love triangle,” there is much more he wanted to discuss. “The human instincts of desire, dominance, inferiority complexes… these are what I wanted to explore.”