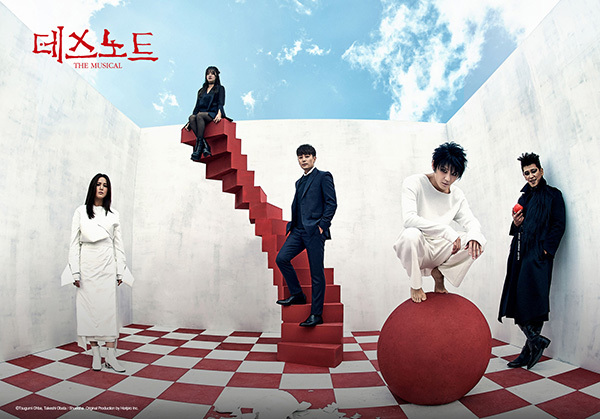 Promotional image for the musical “Death Note,” starring Kim Jun-su (C-JeS Entertainment)
Kim Jun-su, often referred to here as the “ticket power king,” has not lost his touch: Tickets for a showcase of the upcoming musical “Death Note” sold out in less than a minute.

On Monday, tickets for the musical preopening day showcase went up for sale on Interpark at 3 p.m. and all 1,000 seats were booked in under a minute.

The K-pop star recently wrapped up the musical “Dorian Gray,” which is a Korean original production adapted from Oscar Wilde’s 19th century novel “The Picture of Dorian Gray.”

Kim took home the male popularity award for his role as the charming Dorian Gray at the Annual Yegreen Musical Awards earlier this year.

The upcoming reprisal of the musical “Death Note” will once again star Kim as the character of L, alongside Han Ji-sang, Park Hye-na and Kang Hong-suk. It will open on Jan. 3.