[ The Korea Herald – Send E-mail ]
Giving ephemeral graffiti art permanence
Seoul exhibition highlights seven global icons of contemporary street art
By 두루미
Published : Dec 11, 2016 - 17:22
Updated : Dec 11, 2016 - 17:22
In a nod to a form of street art that has gained traction in the contemporary art scene, graffiti, once regarded as little more than delinquent scribbles found on the walls of derelict neighborhoods, has now been brought inside the gallery.

Following in the steps of pop art, graffiti has become a leading genre recording the phenomena and emotions of contemporary times, according to 53-year-old graffiti legend JonOne.

“I think it represents our generation,” he said last Thursday during a press preview of “The Great Graffiti,” an exhibition taking place at the Seoul Calligraphy Art Museum.

“That deserves to be conserved,” said the artist, whose graffiti began receiving critical acclaim in Parisian art circles in the 1990s.

For the first time ever, works by seven internationally recognized graffiti artists are being showcased in one spot -- ironically a venue dedicated to the traditional art of calligraphy.

The exhibition begins with the blazing works of Zevs, the eccentric Frenchman who wears a bright yellow suit and paints melting luxury brand logos as a symbol of commercialism and its fleeting pleasures.

In the adjacent hallway hang pieces by JR, also from France, who photographs dancers posing on the rooftop of the Opera Garnier as a form of “installation graffiti.” Step into the next room for the vibrant works of Crash, the American graffiti pioneer who grew up spray-painting trains in the Bronx, New York. 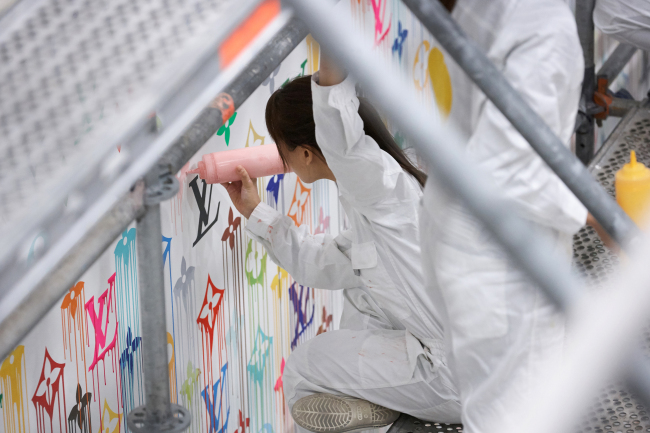 “Before, the word ‘graffiti’ was often equated with something seen on the back of a toilet door,” said Walker. “For it to be accepted in an establishment, it’s come a long way.”

The genre has diversified, he pointed out. “There are optical installation pieces, there’s abstract and there’s concrete. A multitude of subgenres,” said Choi.

No longer regarded as mere vandalism, graffiti has recently been showcased in prominent art museums around the world. In May, JR installed an optical illusion piece at the Louvre, making its signature glass pyramid seem invisible.

French artist L’Atlas, who combines elements of Arabic and Chinese calligraphy into his perpendicular, maze-like drawings, described graffiti as “a continuance from the art of writing.”

“And like writing, it can contain reactions to social and political happenings,” he told The Korea Herald. “Only graffiti is more universal. It represents liberty.” 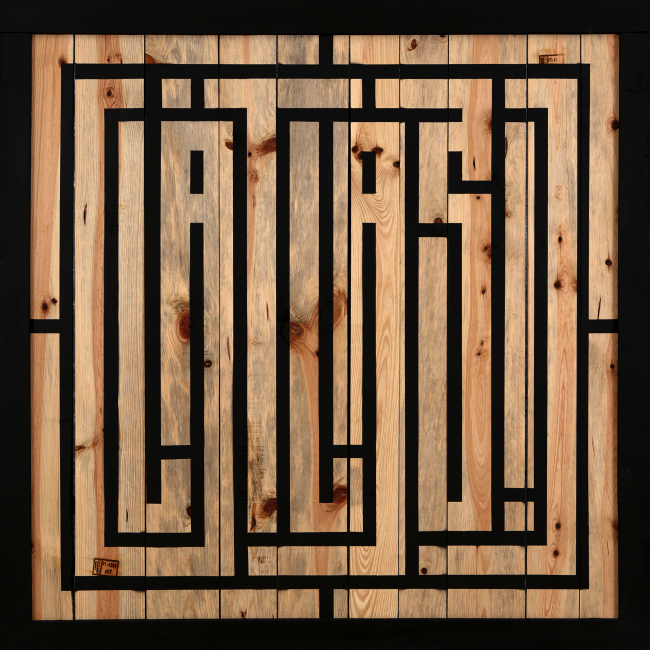 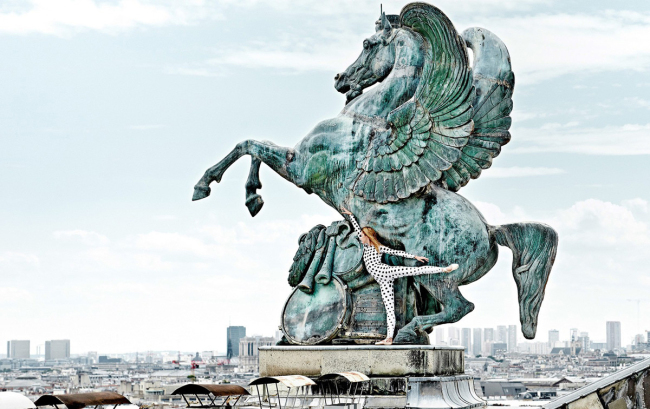 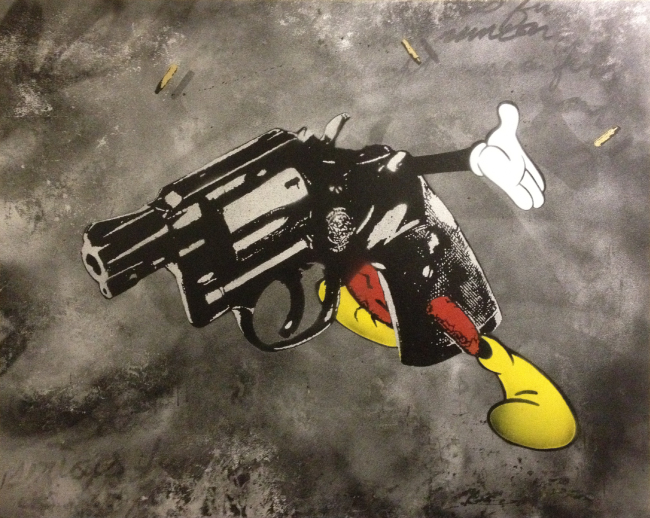 "Micky Pistols," Nick Walker (Seoul Arts Center)
The 37-year-old artist is an avid traveler and recognized graffitist who has worked with major French fashion brands. L’Atlas believes one of the unique charms of graffiti, in its original form, is its ephemerality.

“I was 11 when I first started,” he said. “I was arrested by the police on day one. But it seemed more charming because it didn’t last,” he said of his first painting. Now, however, graffiti has evolved into more permanent forms, captured and incorporated into product design and displayed in museums.

“I still paint on the street pretty regularly,” said Walker. “Once you’ve finished, you walk away from it. It’s either the elements that take it away, the government, or another graffiti writer. ... You just have to accept it.”

The exhibition runs at the Seoul Calligraphy Art Museum until Feb. 26. The museum is closed Mondays. Ticket prices are 5,000 won for #hose 18 and younger and 10,000 won for adults. For more information, visit www.sac.or.kr.