"(You) need to face reality," Yim Jong-yong, chairman of the Financial Services Commission, said at a meeting on the nation's corporate restructuring campaign. 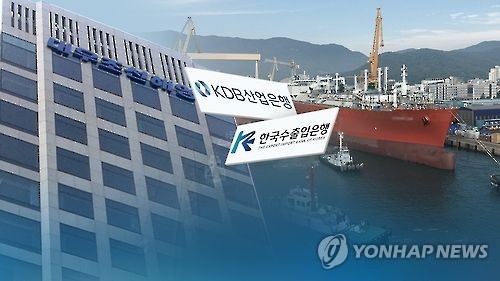 Yim, named the new finance minister, stressed that both the management and labor of the troubled shipbuilder should make "thorough self-rescue efforts" under the principle of "loss-sharing" among stakeholders.

He cited a creditors' scheme to help keep DSME afloat.

The state-run Korea Development Bank (KDB), the main creditor for the shipyard, has offered to swap its 1.8 trillion won ($1.5 billion) loans to the shipyard into equity. The Export-Import Bank of Korea (Eximbank), another local policy lender, will also buy 1 trillion won worth of perpetual bonds to be issued by Daewoo in order to help it raise capital.

But KDB and Eximbank have demanded the labor union's support as a precondition for the rescue package.

They have urged the union to submit a written pledge to not engage in walkouts or other collective actions and also join in the company's implementation of self-rescue measures.

In the session, presided over by Yim, the heads of the banks and other creditors made it clear that they will deal with the fate of Daewoo in accordance with "principle," which apparently means court receivership.