Throughout the late 1980s and ’90s, the Visegrad Group of Poland, Hungary, the Czech Republic and Slovakia transformed from Soviet satellite states to sovereign European democracies.

The waves of transition that followed rippled from Warsaw, Prague and Budapest, ushering in a new regional order that valued people power and market freedom.

The four countries’ path of development serves as a model for Korea in the event of a unification, experts say. 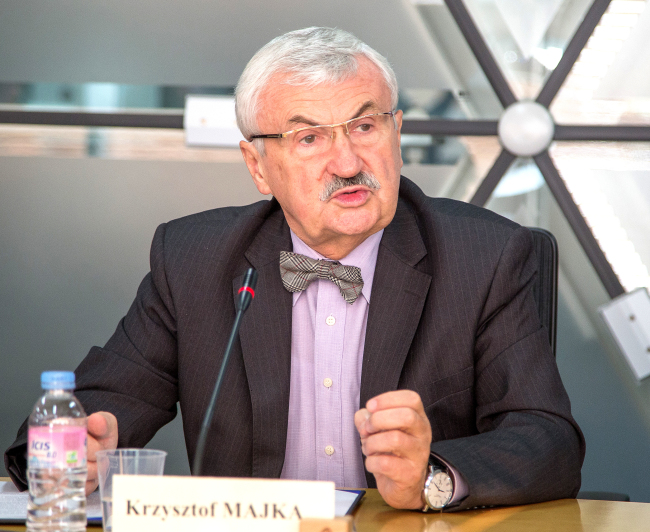 “Such soft power is based on our political and economic transformation and experience of integration,” he said at a seminar titled “Asan-Visegrad Four Joint Workshop” at the Asan Institute for Policy Studies on Nov. 3.

“I can say with pride that there has been no other region in the world with more rapid, complex and successful reforms involving the sweeping modernization of societies. Now V4 is Europe’s most consolidated bloc of countries with the strongest growth.”

Over the last 25 years, the alliance has harnessed its institutional capacities to strengthen international cooperation, the envoy added.

Majka, who was a member of the Polish Parliament during the transition period from the late 1980s to early 1990s, said “big changes” took shape to entrench a new legal framework.

“It was like doing the first open heart surgery, because everything was new and we had no experience to rely on,” the diplomat said. “We had to build a new system and at the same time win the support of our society, often asking people to sacrifice.”

The three main areas of reform were political transformation and the foundation of democratic institutions; free-market economic transition based on private ownership; and replacing technocratic governments to democratic administrations.

These three pillars of innovation were equally important and interdependent, the ambassador said. The bureaucratic reorganization entailed “far-reaching decentralization” of decision-making and transfer of fiscal autonomy to the local government.

“This required setting up new structures at both the central and provincial levels to respond to the new territorial administrations,” he explained. “Other aspects included creating bills for liquidating old organs of the state, assigning responsibilities to new organizations and securing independent local budgets.” 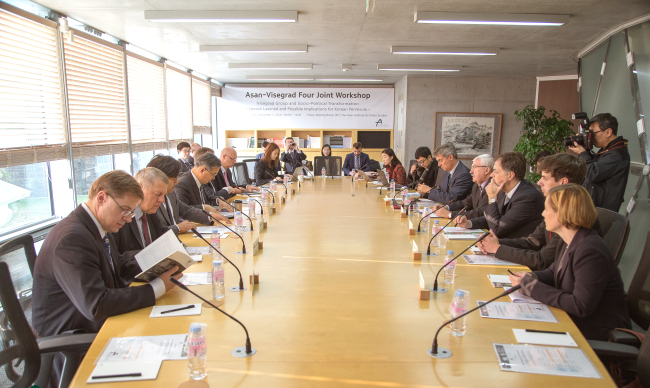 “The immediate danger of transition was the release of long-buried, vengeful emotions for past atrocities,” she said. “By providing some form of justice, the transitional justice measures played a key role in calming those sentiments.”

In Central Europe, the focus has been on uncovering truth, research and education, and limiting the participation of former officials in politics, she added, and these were carried out by national remembrance institutes.

“The most successful aspects were bringing communist leaders to justice and providing compensation to victims,” the organization’s deputy director said, adding that the process followed the rule of law in reunified Germany.

Highlighting that the EU has sponsored a resolution calling for the incrimination of North Korean officials, Hosaniak urged the South Korean government and society to pay attention to this aspect of reunification. 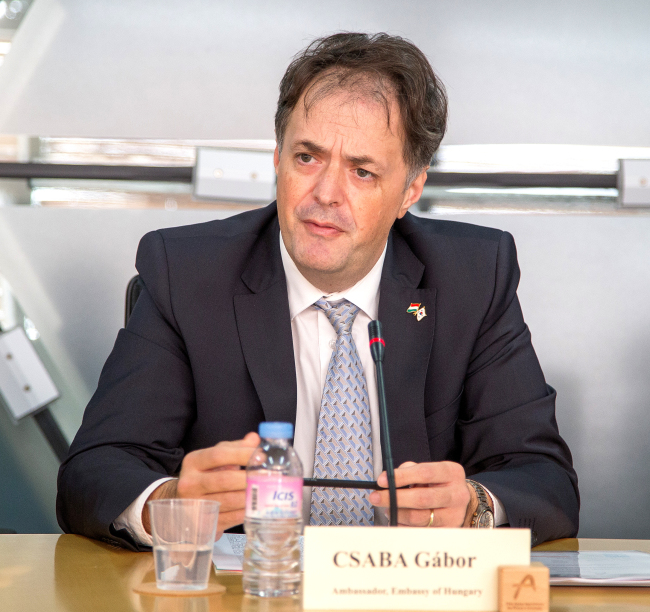 Csaba said that Hungary’s transition was “formal” and “elite” in orientation, with representatives of the communist government and opposition handling the nationwide reshuffle. But he acknowledged that “transition is a highly complex, multifaceted and socially sensitive process that throws many open challenges at society.”