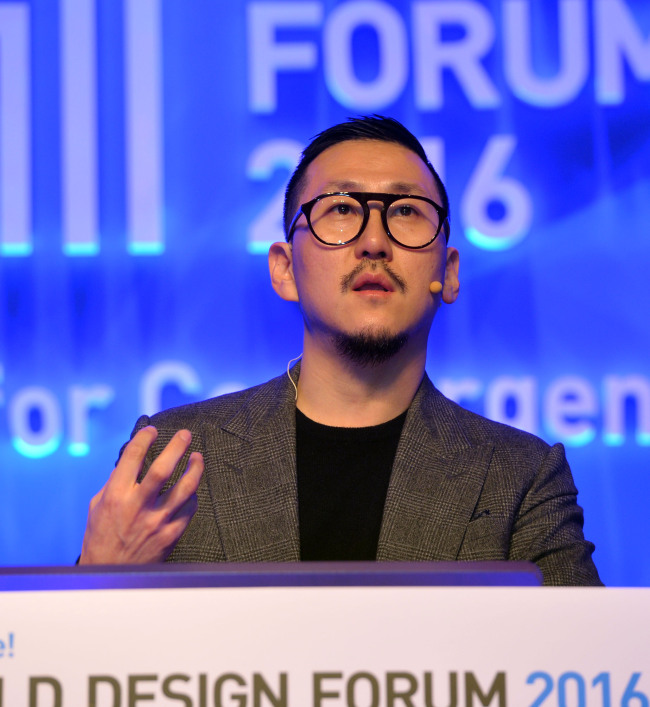 According to Choi, designers are inspired by what people do on Instagram, which has effectively visualized all aspects of everyday life.

Choi said he is also inspired by paintings and photographs. He drew inspiration from a woman photographer for his 2017 spring-summer collection and two women painters for his 2016 fall-winter collection.

“There is no right answer to being inspired,” he said. “I get inspirations sometimes in the blink of an eye, or sometimes it takes a lot of time to collect images and other documents in relation to the main subject.”

For the spring-summer 2017 collection, he got the idea for his masculine pieces of clothing from a woman photographer who died at the age of 22. In her works, she used a technique that made her subjects look blurred in black and white.

“Unlike other designers who prefer using bright colors for spring and summer, I chose achromatic colors following my inspiration,” he said.

In contrast, Choi adopted vivid colors for the fall-winter 2016 collection, a collection that was inspired by painters. 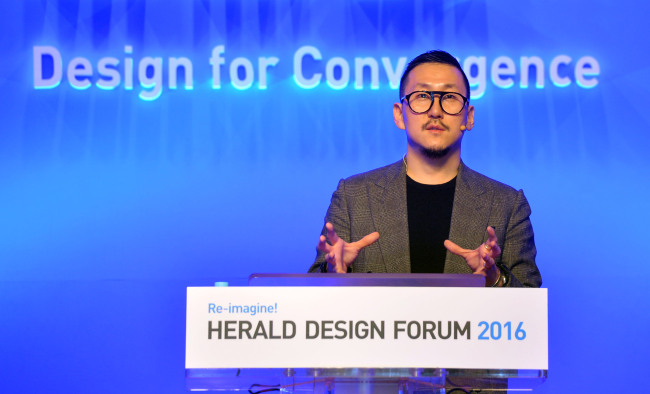 Choi Eu-don (Park Hae-mook/The Korea Herald)
When it comes to fashion, design should not only be creative but also practical, Choi pointed out.

“Because I am a man, I design clothes for women as if they were ‘objects’ that are detached from myself and (which) I can never wear,” he said. “So, the point of my design should be to make my clothes ‘wearable’ by women.”

“How my clothes look are important, but whether they are wearable or not is much more important,” he added.

Merging aesthetics with practicality shines through in his fashion brand that operates out of a small London studio. The Eudon Choi brand has showed a total of 14 collections at London Fashion Week over the past seven years.

Choi, who grew up in an affluent art-filled family, acquired in-depth knowledge of tailoring techniques while working as a menswear designer in Seoul after graduating from Yonsei University. He then decided to switch paths in 2003, moving to London to attend the Royal College of Art where he earned a Master of Arts degree in womenswear.

“London has a really good system to support young designers, run by the British Fashion Council,” he said. “The country is a good place to get inspiration in everyday life, from going to museums and looking at pedestrians.”

“Korean design has its original ‘seon’ (line) and its own color tones,” he said. “I hope Korean designers try to translate traditional Korean designs into modern styles that will be more relevant to the modern era.”