It’s a cold day on your way home from work. However, minutes before your arrival, the heating system and lights at your apartment automatically turn on -- all through a simple voice command of “initiate return home mode” via your smartphone.

After you park your car, the front gate of the apartment building automatically opens as it recognizes you via the smartphone in your hand. With a simple touch, the door of your warm apartment opens as the pre-set rice cooker announces, “The rice is ready.”

When the stove is turned on to cook dinner, the air purifier automatically begins to clear out the smoke while the windows open themselves. 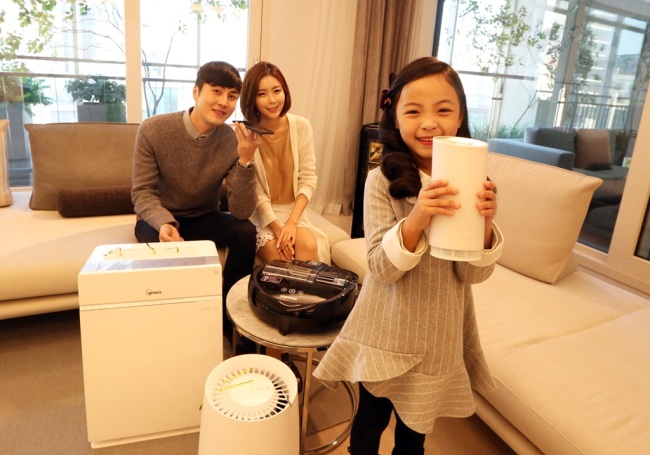 Models demonstrate utilizing “smart home” features inside a Hillstate apartment built by Hyundai E&C (SK Telecom)
Upon checking the pantry, you realize you are short of bottled water and canned tuna. Instead of going to the store, a press of a button lets you purchase the groceries online at the cheapest available price based on a preset order list.

These are not scenes from a science fiction movie, but some of the features of a new line of connected homes geared for expansion in South Korea, home to a tech-savvy population where many live in urban apartment clusters. 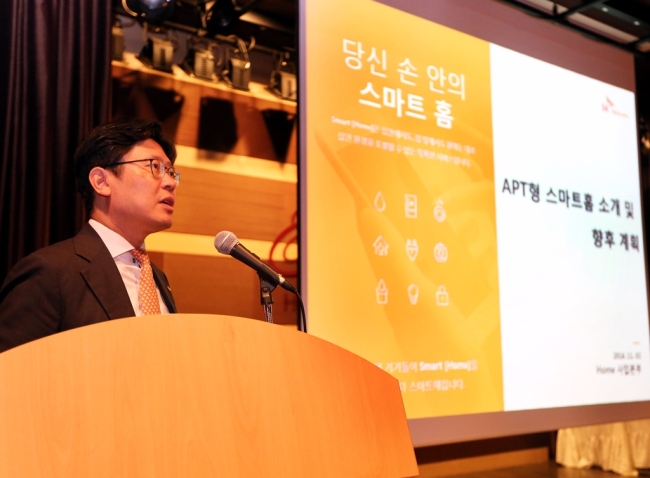 Homeowners can simply speak commands into their smartphones on SKT’s “Smart Home” mobile app to turn off the lights, shut the windows or close the gas valves. A camera installed near the doorway lets homeowners check for potential visitors from anywhere via their smartphone.

Among other convenient functions, users can summon elevators to their floor before heading out via their smartphone, or press a refrigerator magnet-like button to place online orders for items preselected on SKT’s e-commerce platform 11st. 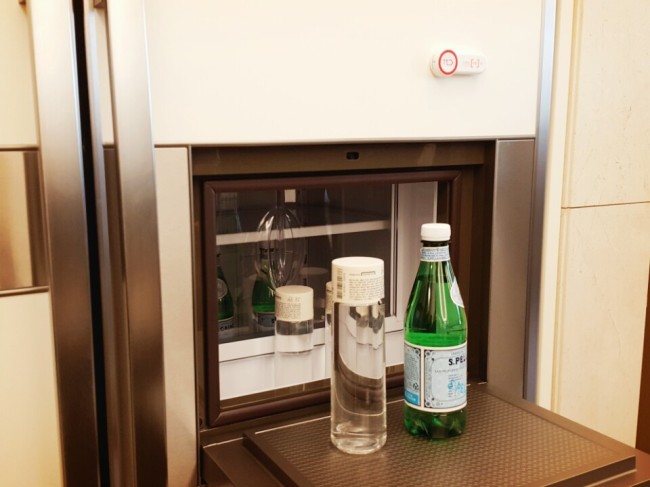 SKT`s "smart order" button attached to a refrigerator (Sohn Ji-young/The Korea Herald)
In particular, many of the connected devices placed inside smart home apartments utilize machine learning, a form of artificial intelligence, to decipher a homeowners’ lifestyle patterns to suggest more efficient ways of operating home appliances such as humidifiers and air conditioners.

“Our IoT smart homes strive to automatically respond to a homeowner’s needs by learning and adapting to an individual or family’s living style,” said Cho Soo-ha, a manager at SKT who led a simulation of the home’s features.

The two companies have already deployed this new smart home system at some 2,000 apartment units at Hillstate apartment clusters in Mok-dong of Seoul as well as Pyeongtaek and Songdam in Gyeonggi Province.

They have also confirmed plans to add the new home management system to 29,000 more to-be-built apartment units that will be offered for sale until next year, noting the additions will not impact the price of the apartments or significantly raise maintenance costs.

SKT plans to offer the smart home features free of charge for the first two years and later charge a monthly fee of around 3,000 won ($2.60), or less if demanded by users, according to Cho.

While acknowledging the convenience offered by connected homes and IoT devices, some critics have pointed out that poorly secured devices connected online could threaten personal data security.

Mindful of such concerns, Hyundai E&C said it hired a professional hacker to troubleshoot loopholes in its smartphone key encryption system and it plans to continue improving its data protection measures.