The plant, planned to be built in Usmania, 325 kilometers east of the capital Riyadh, will be used for separating and collecting natural gas liquids, such as ethane and propane, through a demethanizer from the 1.4 cubic feet of gas produced in the region. 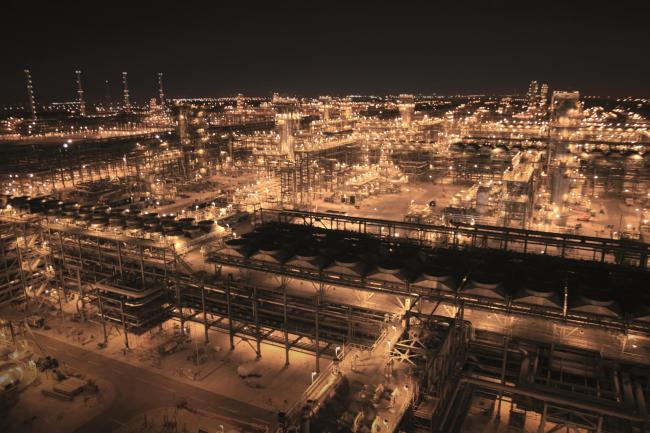 The photo shows the construction site of the gas treatment facility that Hyundai E&C built in Karan, Saudi Arabia in 2012. Hyundai E&C

Taking charge of the full process from engineering to construction, Hyundai E&C will complete the project by the end of 2019, it said.

The contract amount is equivalent to 4.36 percent of the company’s total sales of late last year, it added.

Ordered by Aramco, the constructor has previously built a similar facility worth $1.2 billion in 2012, and the other one worth $700 million in 2009.

Meanwhile, Hyundai E&C recorded a 4.1 rise in its operating profits to 275 billion won in the third quarter.

The sales, however, dropped by 5.2 percent to 4.4 trillion won. The net profit also witnessed a decrease of 16.8 percent to 135 billion won.