According to a nationwide survey by local pollster Realmeter, support for Park fell sharply across regions and all age groups to go below 20 percent for the first time Wednesday. 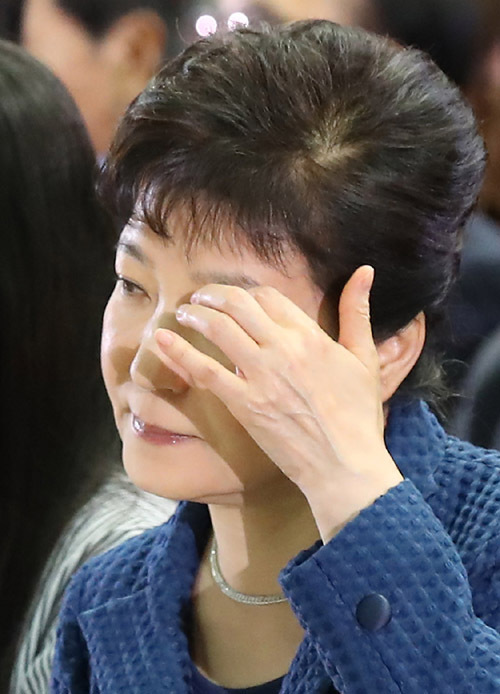 (Yonhap)
This put her weekly rating for the fourth week of October at 21.2 percent, also an all-time low and 7.3 percentage points lower than a week ago.

Other polls, released after the scandal broke Monday, all signaled a weakening of Park’s core support base -- namely in Daegu and North Gyeongsang Province as well as the over-60 age group.

A series of media reports have indicated that Choi -- who is also the daughter of Park’s late mentor Choi Tae-min -- received reports on presidential documents, including those containing top secret military and diplomatic information. 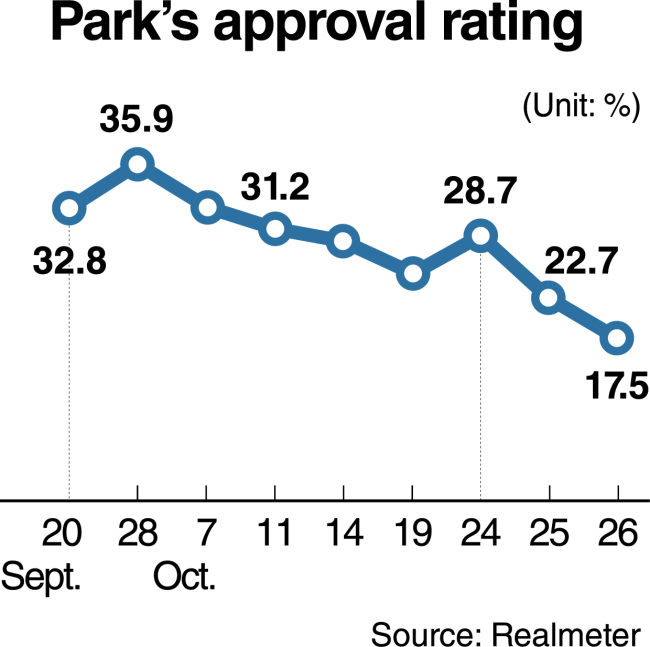 On how Park should “take responsibility” for the Choi fiasco, 42 percent of respondents called for Park to resign or be impeached, while 21.5 percent demanded a Cabinet and presidential staff reshuffle. This was followed by Park leaving the ruling Saenuri Party and a public apology, at 17.8 percent and 10.6 percent, respectively.

The scandal saw even Park’s most loyal voter groups turning away from her. During the 2012 presidential election, over 80 percent of those who voted in Daegu and North Gyeongsang Province picked Park as the next leader, but the weekly approval rating in the region also fell to reach an all-time low of 35.4 percent.

Traditionally anti-Park liberals only showed 10.1 percent of approval for her, while 15.8 percent of nonpartisan respondents showed support.