Daegu District Court said Sunday that the 25-year-old brought in 4.5 grams of marijuana from Manila, Philippines, in April.

She transported it hidden in her luggage, which went undetected through airport customs at Gimhae International Airport in Busan, the southeastern port city of Korea. 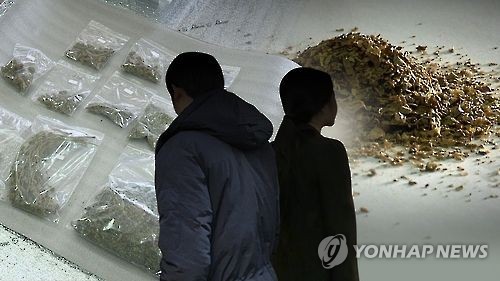 (Yonhap)
Emboldened by this success, in July she once again visited Philippines, this time buying 103 grams of hashish.

The Philippine Drug Enforcement Agency caught her carrying them on her body attempting to take it to Korea.

The accused is also charged with smoking the marijuana she brought to Korea along with other foreign residents here.

The Daegu court said while smuggling and smoking the drug are both unlawful acts, smuggling carried more weight in delivering the immediate sentence on the accused, as she posed a risk of disseminating a banned drug in Korea.