According to Chuncheon District Court and local reports, the accused, identified only by surname Cho, sent a box of rice cakes to thank the officer for adjusting his or her summons on the first day of the law effectuation, Sept. 28, in the city located about 80 kilometers northeast of Seoul.

The police officer immediately returned the gift and reported it to his superiors, as required by the law. 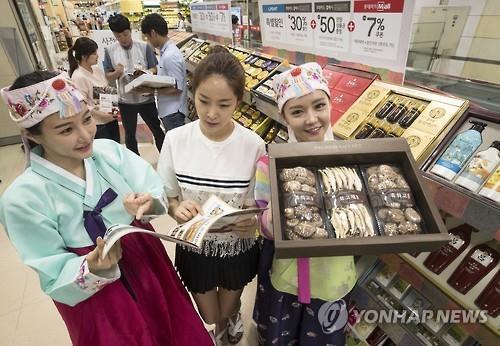 The Improper Solicitation and Graft Act, more frequently referred to as the Kim Young-ran act, restricts people from offering government officials, journalists and private school faculty meals worth over 30,000 won, gifts over 50,000 won, but the value is not relevant if there is a direct conflict of interest.

More than three weeks has passed since the act came into effect, but confusion has persisted over what constitutes illicit solicitation.

The trial is expected to draw keen interest from the public and experts as well as those enforcing the law, who are hoping to find clear guidelines.

If found guilty, Cho would face a penalty of a fine two to five times the illicit gift’s monetary value.

Although not a case of a legal breach, an elementary school teacher may face serious disciplinary action for receiving some Japanese crackers, a piece of cake and soap worth of 42,000 won in total from three parents between Sept. 19 and 22, before the Kim Young-ran act took effect.

The 30-year-old teacher in Daegu is accused of infringing on the code of conduct for civil servants in the city, whose enforcement has become stricter in line with the introduction of the tough anti-graft act.

The investigation team found that the teacher kept the soap in her classroom but brought the crackers and cake home.