“On Wednesday, the chairman of our agency, Elliot Kaye, will propose that CPSC staff undertake a new project that takes a broad look at the safety of lithium-ion batteries,” Scott Wolfson, communications director at the CPSC, told The Investor via email.

Even though he did not elaborate, smartphones, among other things, are expected to become the main target of the US product safety agency’s planned investigation. 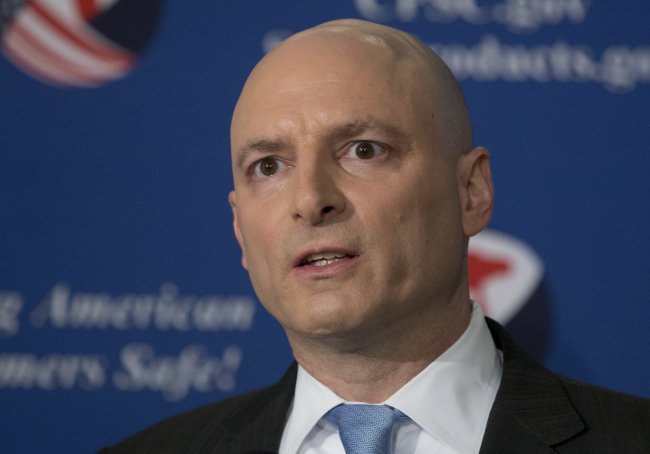 Not just Samsung phones but also those produced by other manufacturers, including Apple, look set to be probed on their battery safety.

In its first recall issued in September, Samsung declared faulty batteries as the cause of the exploding Note phones. But after reports of replacement versions catching fire, the company decided to withdraw the phone from the market last week.

According to sources, Samsung engineers are still struggling to find out the exact cause of the explosions. Batteries may be the ignition point but diverse factors are believed to have affected the batteries, leading to them overheating and catching fire.

There have been a total of 96 reports of explosion and fire in the US, while five incidents have been reported in Korea.

But Samsung is not the only smartphone maker that has suffered a battery problem.

As manufacturers are increasingly adding high-end features such as quick charging and water resistance to their latest models, phones now use more energy and are more prone to overheating and fires.

Despite the tiny number, there have also been some consumer complaints of Apple’s latest iPhone 7 catching fire. Apple is allegedly looking into the cause of the incidents after collecting the phones.

Asked about the possibility of its own investigation into iPhones and the criteria to launch an investigation or issue a recall on a defect product, the CPSC official declined to comment specifically about the iPhone.

“In the US, we encourage all consumers who experience an incident with a smartphone to report it to CPSC via our website,” he added.