HMM seeks to purchase the entire stake in the Spanish terminal, which was put up for sale last year by debt-ridden Hanjin Shipping. Initially, the consortium of IBK Investment & Securities and Korea Investment Partners bought a 100 percent stake in the terminal of 146.1 billion won (US$129.51 million) last year. But Hanjin Shipping bought back 25 percent stake for 30 billion won to hold the operation rights.

If HMM’s purchase goes through, South Korea’s second largest shipper will be able to add competitiveness in its European route and move a step closer to normalizing its business. 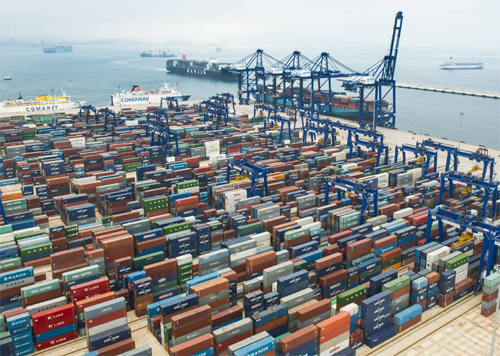 Hanjin Shipping -- once South Korea’s No.1 container carrier -- filed for court receivership on Aug. 31 after its creditors refused to extend extra financial support to the ailing shipper.