The Korean tech giant on Oct. 17 signed a memorandum of understanding with the state government of Uttar Pradesh, the most populated state in northern India.

Samsung will set up a new manufacturing plant in Noida, its production base in India, and also hopes to join the state government’s free smartphone scheme for underprivileged people that is expected to be approved by the UP Assembly next year. 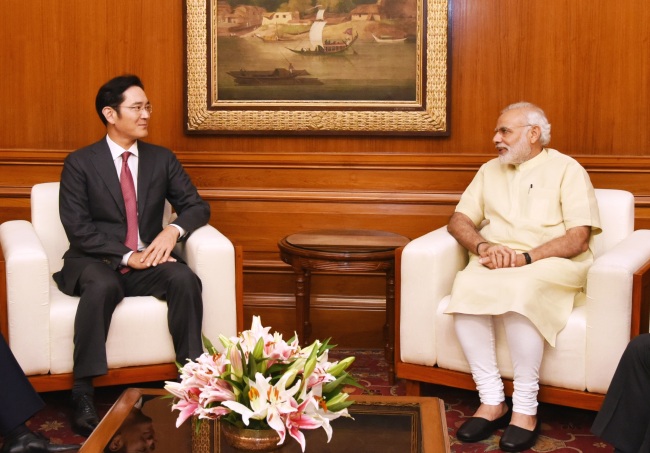 Samsung has produced key products, including smartphones, refrigerators and TVs, at its Noida plant. With the planned expansion, smartphone production is expected to double from the current 60 million units to 120 million units.

Other production facilities for home appliances and TVs also will be expanded.

About 4,500 employees are working at Samsung’s three research labs and two manufacturing plants across India.

According to market research firm GfK, Samsung is the largest smartphone vendor in India with a 38.2 percent market share in the second quarter this year.