[ The Korea Herald – Send E-mail ]
US keeps South Korea on FX watch list again
By 박한나
Published : Oct 16, 2016 - 17:18
Updated : Oct 17, 2016 - 07:45
[THE INVESTOR] The United States has again included South Korea on its monitoring list of trading partners that may be pursuing unfair currency practices, according to a report by the US Department of Treasury on Saturday.

This is the second consecutive report after an April issuance under the Trade Facilitation and Trade Enforcement Act of 2015 in the US, which requires the Treasury Department to monitor key indicators related to foreign currency operations and economies that are deemed to be using unfair foreign exchange market policies, and impose meaningful penalties on them if they fail to adopt appropriate improvements.

Six major trading partners of the US were included on the monitoring list in the October report -- Seoul, China, Japan, Taiwan, Germany and Switzerland. 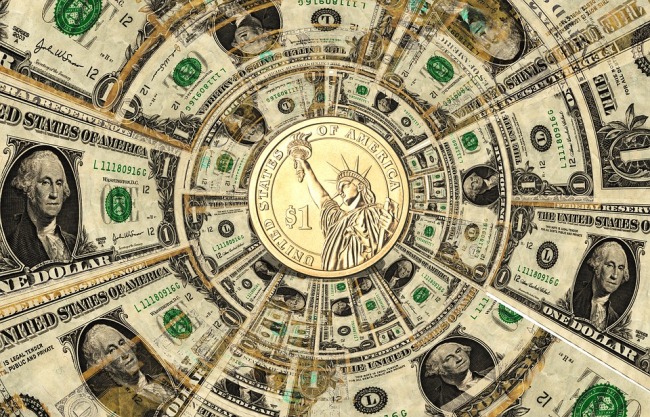 The countries being monitored meet two of three criteria: A bilateral trade surplus of more than $20 billion with the US, a material current account surplus at over 3 percent of gross domestic product and net purchases of foreign currency totaling in excess of 2 percent of GDP.

Korea met two of the three in both April and October reports, the Treasury said in the latest report, having material current account surpluses and significant bilateral trade surpluses with the US.

“Korea has a significant bilateral trade surplus with the United States and a current account surplus well above the material threshold,” the report said.

The data showed Korea’s merchandise trade surplus with the US totaled $30 billion from July 2015 through June 2016, while the combined trade and services surplus was lower, at $21 billion. The country’s current account surplus reached 8.3 percent of its GDP as of June, up from 7.9 percent in the first half of 2015.

The Ministry of Strategy and Finance did not view the report as a serious issue this time.

“Combining the surpluses of goods and services, the figure is just above the $20 billion threshold,” said Moon Ji-seong, a director of foreign funds at the international finance bureau of the ministry. “If trade conditions change next year, Korea might not meet one of the criteria.”

In April, when the first report was released, the ministry reiterated that being on the list does not mean Korea was subject to penalties.

The US Treasury also estimated that Korea sold nearly $24 billion in foreign exchange for the July 2015 and June 2016 period in a bid to resist appreciation.

Then it referred to an assessment by the International Monetary Fund, which called the Korean won “undervalued.”

“Treasury has urged Korea to limit its foreign exchange intervention to only circumstances of disorderly market conditions,” it said. “In addition, Treasury continues to encourage the Korean authorities to increase the transparency of their foreign exchange operations and to take further steps to support domestic demand, including more robust use of fiscal policy tools.”

According to insiders of the foreign exchange market, the US report comes as “quite a burden” to them in doing their jobs.

“We are forecasting further depreciation in the won as a Fed rate increase nears,” said an insider who declined to be named.

On its assessment on global growth, the Treasury pointed out that Korea, Germany and Taiwan have “substantial scope to support stronger national and global demand growth, but have yet to adopt (a) forceful pro-growth program.”

With regard to a fiscal package announced in June to help industrial sectors undergoing restructuring, the US government is foreseeing limited impact on the economy.

“While the announced measures will be complemented by tax benefits for replacing older cars and rebates for home appliances to support domestic demand, the overall impact on growth will likely be quite limited as the package was entirely funded by government revenue over-performance and is being used partially to retire government debt,” it said.

“The Korean government has been communicating well with the US on our economic policies, and they know well about the domestic situation,” Moon at the Finance Ministry said. “The report is a kind of recognition of Korea’s economic achievements so far, not a reprimand.”