[ The Korea Herald – Send E-mail ]
[ANALYST REPORT] BOK freezes base rate; Expectations for 1H17 rate cut to grow
By 박한나
Published : Oct 14, 2016 - 12:53
Updated : Oct 14, 2016 - 12:53
While another base rate cut in 2016 is unlikely, the BOK’s weakening confidence in the Korean economy should raise expectations for a rate cut in 1H17. As such, we predict that the bond market will remain range bound until end-2016. Against this backdrop and believing that yields have now peaked, it appears as though a good dip buying opportunity has emerged. We also advise expanding weighting on KTBis?low-base effect should keep inflation strong until 1Q17.

At the October MPC meeting, the BOK unanimously decided to freeze the base rate on domestic economic rebound (albeit slow) and the need to observe accelerating household debt growth (important for the sake of financial stability). 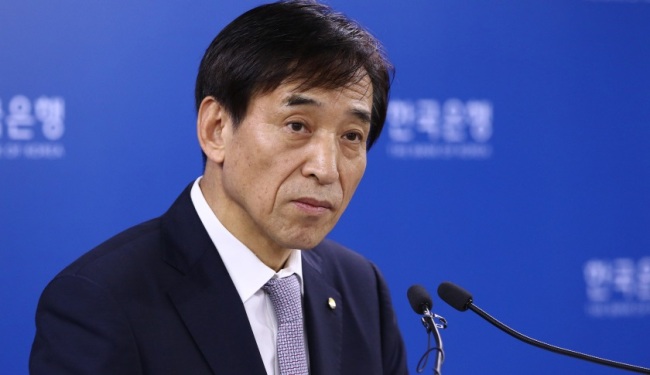 In our view, the BOK’s confidence in the domestic economic recovery has weakened a little. The central bank has maintained its 2016 GDP growth forecast for Korea at 2.7% but trimmed its 2017 projection from 2.90% to 2.80%. Still, its estimates have yet to fully reflect negatives stemming from the ‘Galaxy Note 7’ withdrawal, strikes at factories, and the enforcement of anti-graft laws. Also, apparently due to its weakened confidence in the domestic recovery, the BOK deleted the following sentence from its October statement: “Corporate and household sentiment has improved.”

The BOK left unchanged its 2016 GDP growth projection, citing sound September economic indicators. Also, the central bank emphasized that the economy may grow faster than expected in 2017, backed by a gradual recovery in global trade. But, it is unclear whether global trade will rebound given the: 1) slew of uncertainties in 4Q16; and 2) elections in Europe and the possible ‘hard’ Brexit in 2017 (a hard Brexit refers to the UK leaving the EU’s single market to regain total control over its borders). Consequently, we forecast that the BOK’s 2016 and 2017 GDP growth forecasts will be downwardly adjusted going forward.

The BOK froze the base rate in October, citing: 1) the gradual domestic economic growth; and 2) financial risks emanating from snowballing household debt. Thus, if the economy comes to face even greater headwinds?amid slowing household debt growth?the probability of a base rate cut should increase. The BOK also hinted that there remains fiscal and monetary ammunition that it can use if necessary. Against this backdrop, we project that while the central bank will not cut the base rate again this year, it will in 1H17.

▶With BOK’s next base rate cut to arrive in 1H17, market to remain range bound until end-2016

Until recently, with: 1) the FRB widely expected to hike the FF rate in December; and 2) mounting concerns towards Korea’s growing household debts, expectations for a BOK base rate cut have weakened rapidly. However, believing that the October MPC statement reflects the Korean central bank’s weakening confidence in Korea’s recovery, we predict that expectations for a base rate cut in 1H17 will grow. Thus, for the time being (until end-2016), we project that yields will move within a limited range. Against this backdrop and believing that the yields have peaked out, we recommend dip buying. Also, we advise expanding weighting on KTBis?low-base effect should keep inflation strong until 1Q17.