The bus was carrying 20 people when one of its tires exploded, causing it to slam into the guardrail and catch fire on the Gyeongbu Expressway near Ulsan, about 300 km southeast of Seoul, at 10:11 p.m., police said. 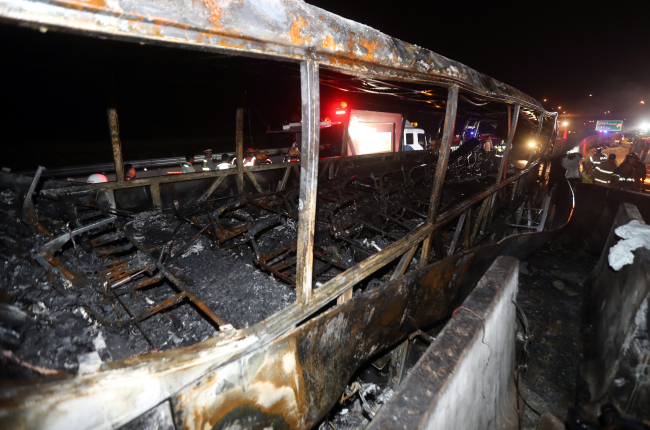 (Yonhap)
The fire gutted the bus, leaving 10 people dead. The 10 others managed to escape from the bus and were taken to hospitals for smoke inhalation and other injuries, police said.

The passengers -- most of them retirees of Hanwha Chemical Co. and their spouses -- were on their way to Ulsan from the airport in the city of Daegu after returning from a trip to China, police said. (Yonhap)