LG Chem aims to operate the 41,300 square-meter plant by the second half of 2017 with an investment of 400 billion won ($360 million). The plant will be capable of producing more than 100,000 batteries annually for electric vehicles that can run up to 320 kilometers on a single charge, the company said. 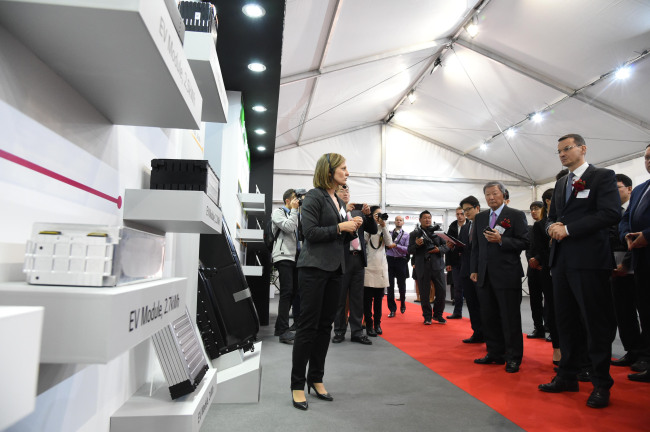 “As LG Chem’s Poland EV battery plant is the first large-scale automotive lithium battery production plant in Europe, it will play the role of vitalizing the electric vehicle industry across the whole Europe,” Lee added.

The plant will be equipped with a fully integrated production system that produces all battery components from electrodes to cells, modules, and packs.

Once the Poland plant is built, LG Chem will secure combined production capacity of batteries for more than 280,000 EVs from its four plants including in Korea, the US and China.

The global electric car battery market is expected to triple from $11 billion last year to $32 billion by 2020, according to the US banking company Merrill Lynch.