"We have to renegotiate our trade deals and we have to stop these countries from stealing our companies and our jobs," Trump said during the nationally televised debate held in New York, once again displaying deeply negative views of free trade.

Trump called the North American Free Trade Agreement "defective" and "one of the worst deals." Though he made no mention of the free trade pact with South Korea, Trump has previously denounced it as a "job killing" deal and a "disaster." 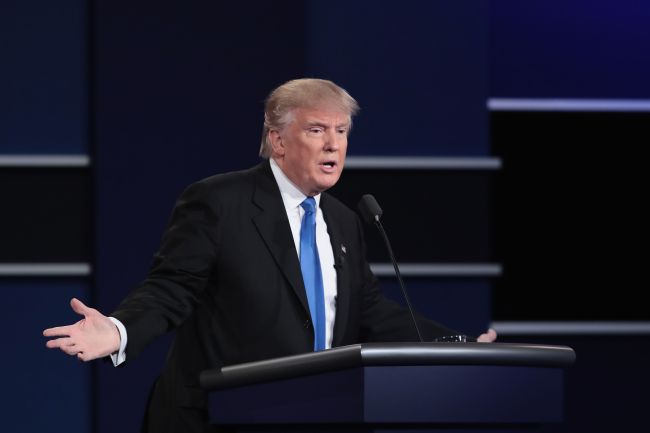 Republican presidential nominee Donald Trump speaks during the Presidential Debate at Hofstra University on Monday in Hempstead, New York. (Yonhap)
Trump has slammed free trade deals as a key cause of job losses and other American economic problems and accused Clinton of backing such agreements, as he sought to rally support from voters struggling with economic woes.

Clinton expressed a more positive view of trade, but said trade deals should be "smart" and "fair."

"I think that trade is an important issue. Of course, we are 5 percent of the world's population; we have to trade with the other 95 percent. And we need to have smart, fair trade deals," she said. (Yonhap)