[ The Korea Herald – Send E-mail ]
LG CNS gives up smart firm project in Saemangeum
By 이지윤
Published : Sep 22, 2016 - 10:25
Updated : Sep 22, 2016 - 10:25
[THE INVESTOR] LG CNS, the IT solutions unit of LG Group, has withdrawn its plan to create a large-scale smart farm complex in Saemangeum, North Jeolla Province, amid fierce resistance from farmers in the adjoining areas.

“We failed to persuade farmer groups opposing to the project,” an LG CNS official was quoted as saying by a local news outlet. “We have decided to withdraw the project completely.” 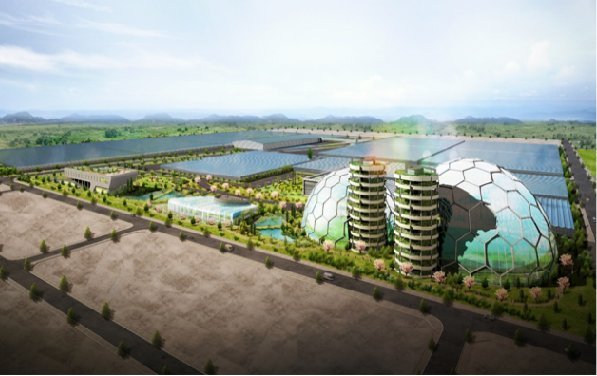 The company had planned to create a smart farm complex, called Smart Biopark, on a 230,000 square-meter site in Saemangeum, the reclaimed tidal land on the southwest coast.

Teaming up with UK-based logistics company Advance International Group, the firm was supposed to pour a total of 380 billion won (US$344.57 million) into the project, which would have included an advance green house, plant factory, research center and other processing and distribution facilities.

Even though the firm made it sure that all the crops produced there would be sold abroad, farmers’ groups resisted to the project, concerned about a big company entering the farming business that is crowded with small farm houses.