This was the first time the heir apparent of the nation’s largest conglomerate was seen in public amid the bigger-screen flagship phone’s global recall. Last week, Samsung’s shareholders nominated him as a registered board member of the company. 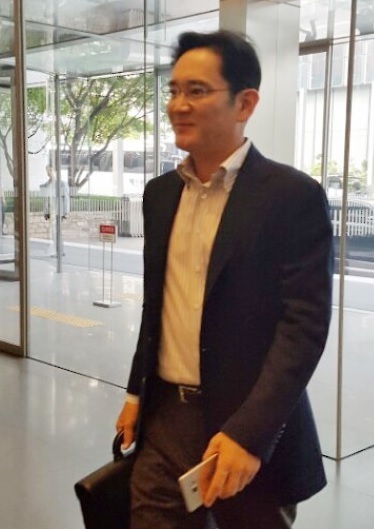 His appearance led to speculation that he may attend the weekly meeting of Samsung CEOs held in the early morning but the company said he didn’t attend the meeting.

Samsung’s owner family members, none of whom have a CEO title, have been absent from the meeting that is usually followed by a special lecture.

Following the lecture, a briefing session was also held on a new anti-graft law, called the Improper Solicitation and Graft Act, which is scheduled to take effect on Sept. 28.