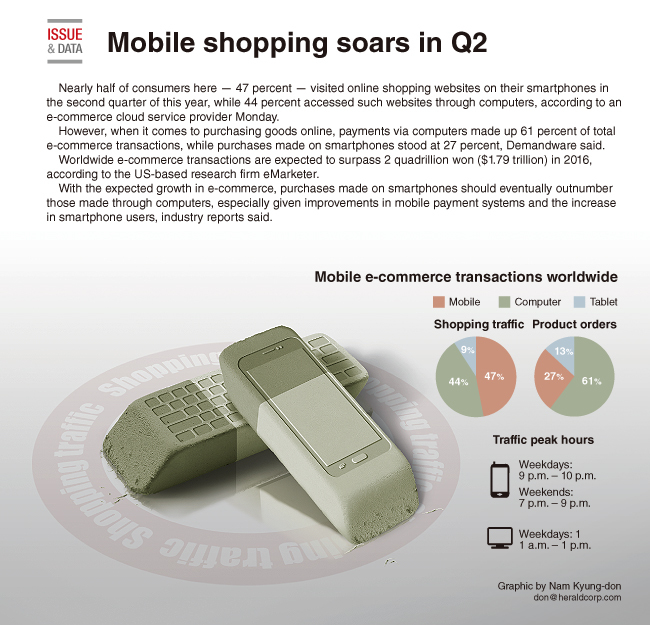 Nearly half of consumers here -- 47 percent -- visited online shopping websites on their smartphones in the second quarter of this year, while 44 percent accessed such websites through computers, according to an e-commerce cloud service provider Monday.

However, when it comes to purchasing goods online, payments via computers made up 61 percent of total e-commerce transactions, while purchases made on smartphones stood at 27 percent, Demandware said.

Worldwide e-commerce transactions are expected to surpass 2 quadrillion won ($1.79 trillion) in 2016, according to the US-based research firm eMarketer.

With the expected growth in e-commerce, purchases made on smartphones should eventually outnumber that made through computers, especially given improvements in mobile payment systems and the increase in smartphone users, industry reports said.