[ The Korea Herald – Send E-mail ]
After massive recall, Samsung seeks turnaround with ‘Onyx Black’ Galaxy Note 7
By 이지윤
Published : Sep 7, 2016 - 10:40
Updated : Sep 7, 2016 - 16:03
[THE INVESTOR] Samsung Electronics is expected to seek a turnaround with its secret weapon “Onyx Black” Galaxy Note 7 in winning back customers on its home turf after a massive recall of the big-screen smartphone globally.

According to industry sources on Sept. 7, the Korean tech giant will launch the black-colored Note phone as planned in October in Korea.

For the phone’s Aug. 19 launch, the company excluded the black shade from the first launch models in Korea possibly to respond to Apple’s iPhone 7 debut on Sept. 7 in San Francisco. 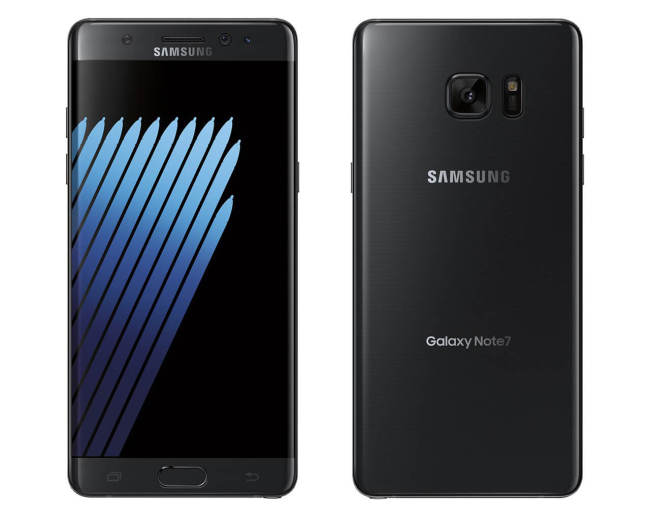 Samsung has taken a different color strategy in different markets, delaying the launch of some colors to renew the sales momentum later.

For the Note phone, the company delayed the launch of the “Gold Platinum” in the US and “Silver Titanium” in China. It also plans not to launch the “Coral Blue” when the phone hits the Indian market.

In Korea, the cool blue model is a hot-seller. It makes up more than half the orders at about 400,000 units.

“Samsung has poured considerable resources into creating a sophisticated black color that best represents the Note phone’s premiumness. In other key markets, black is the phone’s main campaign color,” a source close to the matter said on condition of anonymity.

“There was a sizeable demand for the black color even though that was before the recall decision.”

Still, it is uncertain that the strategy will work in the aftermath of the phone’s unprecedented global recall. The company issued a recall of 2.5 million Note phones globally on Sept. 2 after several reports on battery explosions.

With the recall starting on Sept. 19 in Korea, customers can exchange their phones with new same-color ones. Some markets such as the US have already started recalling the phone.

The company plans to resume the phone sales in the coming weeks and to continue related marketing activities until the flagship Galaxy S8 launch next year.