[ The Korea Herald – Send E-mail ]
[ANALYST REPORT] Hanjin Shipping risks manageable for Korean banks: Fitch
By 박한나
Published : Sep 5, 2016 - 13:04
Updated : Sep 5, 2016 - 13:04
A decision by the creditors of South Korea‘s Hanjin Shipping Company on 30 August to withdraw financial support for the company was a proactive step towards restructuring the country’s shipping and shipbuilding industry, and a sign that troubled entities in this sector will not be propped up indefinitely, says Fitch Ratings. 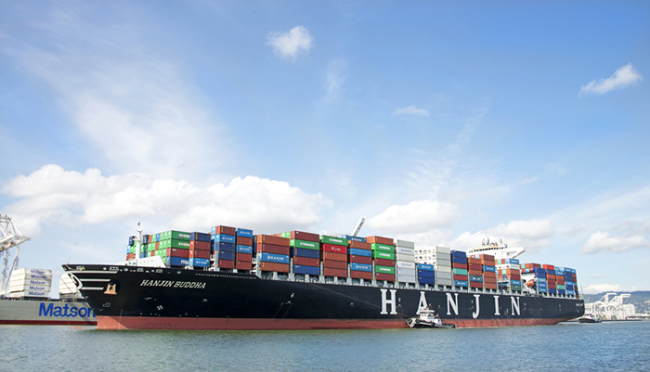 The gradual restructuring of the industry has allowed Korea’s commercial banks to position themselves for an outcome resembling Hanjin‘s and, as a result, it has already been factored into our bank ratings.

Korea’s shipping and shipbuilding companies have struggled in recent years as the slowdown in global trade caused severe oversupply in the industry.

Hanjin, the country‘s largest shipping company, has been one of the worst affected. Low oil prices had helped Hanjin make a small profit in 2015, but the company had posted losses in each of the previous five years and had debts of KRW6.1trn (USD5.4bn) as of end-June 2016.

Earlier this week, Hanjin’s creditors, led by the Korea Development Bank (KDB; AA-/Stable), rejected the company‘s plan to raise KRW500bn, partly through asset sales, as being insufficient to deal with its financial problems, forcing Hanjin to file for court receivership on Wednesday. Fitch expects Hanjin to be liquidated eventually.

The vice chairman of the Financial Services Commission (FCC), Jeong Eun-bo, has said that the FCC will urge one of Hanjin’s rivals, Hyundai Merchant Marine Company, to acquire some of Hanjin‘s assets, which would help to limit creditors’ losses. Hyundai itself has entered into a debt restructuring programme, which has included a debt-for-equity swap with its main creditors.

We estimate around 12% of Korea‘s banking system loans to the shipping and shipbuilding sectors were non-performing at end-June 2016 (the banking system: 1.7%).

This is likely to increase further, given that we estimate the “precautionary-and-below” loan ratio has jumped to 38%, from 17% at end 2015, following the reclassification of exposure to Daewoo shipbuilding into this category from “normal”. More positively, provisions for bad loans by the sector have also been increased.

For the commercial-banking sector, the impact of further restructuring is likely to be limited. Loans to shipping and shipbuilding companies accounted for just 2.3% of total loans at the “Big Four” banks at end-2015. Some regional commercial banks operating in areas with heavy shipping and shipbuilding employment, such as Kyong-nam province and the regions around Ulsan and Busan, will be more exposed than the major banks.

That said, we revised our rating Outlook on Busan Bank (BBB+/Stable) from Negative in August to reflect its increased capacity to absorb a deterioration in asset quality after a recent injection of capital.

Policy banks have the biggest exposure to this sector, accounting for around 70%-75% of loans; of these, KDB and the Export-Import Bank of Korea (AA-/Stable) make up the majority.

Shipping and shipbuilding accounted for 13.3% of lending by policy banks at end-2015. This exposure is likely to have fallen so far in 2016, as new lending to the sector has dried up while some working capital loans have been repaid and refund guarantees have expired, but we still estimate that loans to the sector accounted for as much as 11% of policy bank loans at end-June 2016.

Despite this vulnerability, the ratings of the large policy banks will continue to be underpinned by support from the government and be tied to the sovereign rating, given the existence of a solvency guarantee.