A post from the Humans of Seoul Facebook page features a photo of a 20 or 30-something-year-old man with a short crown top hat and two suitcases, accompanied by a childhood episode about his brother’s damaged hearing after a physical attack by an elementary school teacher: “My father fought a legal battle for five, six years on his own with what little money we had... But eventually, I heard that the teacher quit teaching and, after being sentenced to one year in jail, went into a mental institution. When I was young, my heart was always plotting revenge, but as time passed by, I saw that people who do wrong eventually end up paying for their actions.”

The philosophy behind the online photo blog, which boasts over 100,000 Facebook followers, is that those leading the most ordinary lives often bear the most extraordinary stories. People featured on the social media page feel simultaneously familiar and unfamiliar -- familiar because their unique stories are meant to inspire empathy, but unfamiliar because they are, ultimately, strangers. 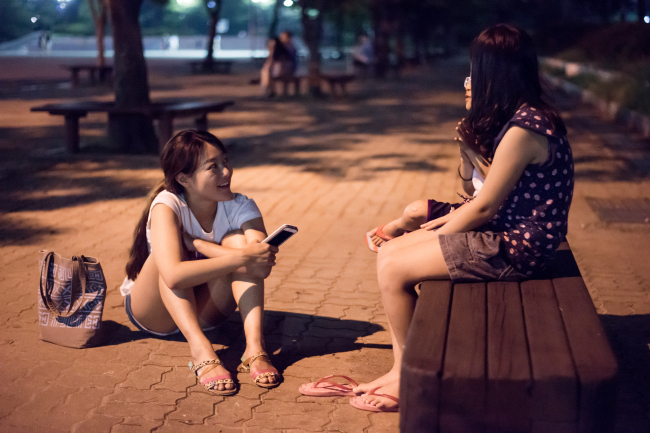 A Humans of Seoul team member interviews a subject for the online blog. (Humans of Seoul)
Inspired by the global hit Humans of New York that captures street portraits and untold stories of everyday New Yorkers, longtime friends Jeong Seong-kyoon and Park Ki-hun started Humans of Seoul in November 2013 with what seemed like an out-of-reach goal.

“In the beginning, we were just aiming to gain 100,000 Facebook followers, but it turned out to be not very difficult,” blog director Park Ki-hun told The Korea Herald in an interview at a cafe in Yeouido, Seoul last month. “Now our goal is to maintain this page for as long as possible.”

The editing process behind each of the over 1,000 photos and captions shared on social media so far is a formidable task. In fact, there have been several similar, but failed attempts by others prior to the one now managed by Park and Jeong. 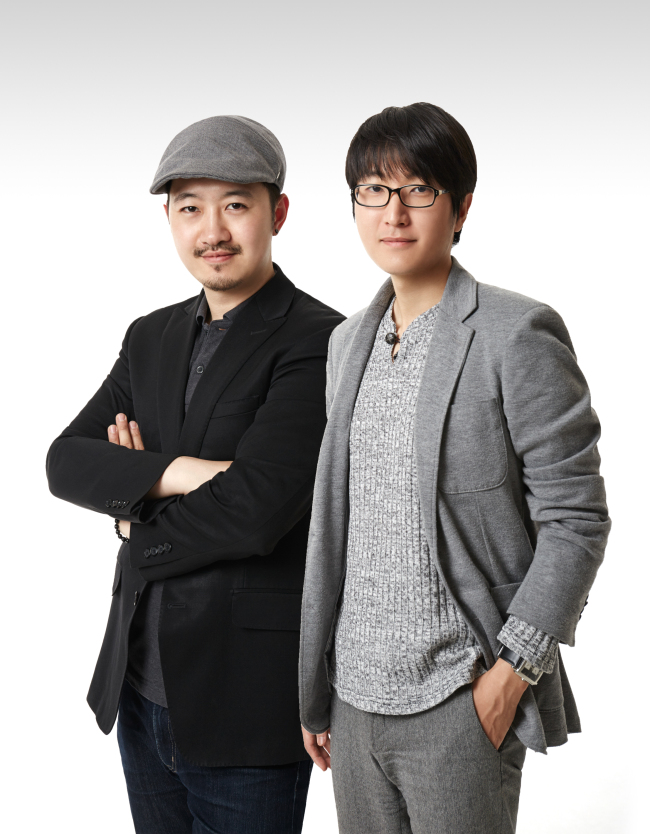 Co-founders of online photo blog Humans of Seoul Park Ki-hun (left) and Jeong Seong-kyoon (Humans of Seoul)
Those now-defunct blogs evolved to become personal branding platforms for their respective founders, according to Park, who oversees the photo editing process and team management, while his co-founder Jeong serves as the editor-in-chief.

“We want to focus purely on what we’re best at -- writing and photography,” said Park, 33.

From the beginning, Humans of Seoul, which now has a team of nearly 30 volunteers, has featured a wide array of seemingly unassuming Seoulites, from a mother experiencing the full effect of the empty nest syndrome to a 72-year-old man who started wearing women’s clothing to fill the void of his wife’s mysterious disappearance.

A professional photographer by day, Park says one of most memorable people he has captured over the years is an elderly gentleman dressed neatly in a white dress shirt with a mauve tie, carefully cradling a months-old baby. It turned out he was looking after his grandchild to give his daughter-in-law a moment of peace.

“Older people are surprisingly open to being interviewed and having their pictures taken,” Park explained about vetting and approaching potential subjects. “Unlike younger generations that are well-acquainted with smartphones, older people often feel lonelier, so they enjoy opportunities to share their stories.”

While most street interviews are conducted in Korean, all posts -- translated with the help from a group of in-house translators -- are in both Korean and English. In fact, approximately 40 percent of the online traffic to the blog’s Facebook, Naver, Tumblr and Instagram accounts come from outside of Korea, according to Park.

A place where personal identity is masked just as effortlessly as it is exposed, the internet is at times inundated with ill-natured content. However, the Humans of Seoul Facebook page is filled with supportive and empathetic comments, from “You have such a pretty heart,” to “I noticed this too!”

“Our page shows people in their raw and unguarded state,” said Park. “Since people come here to seek solace, the comments can’t help but be positive.”

Unlike Humans of New York, which is now financially sustained by proceeds from the occasional business collaborations, magazine pieces and royalties, Humans of Seoul primarily relies on the time and effort donated by the team members. However, Park said there are offline projects currently in the works.

“This has never been about money,” explained Park. “I want this to be a platform where people can put aside their judgements and expand their boundaries of acceptance.”