There is a plethora of choices -- soybean sprout soup and ox bone spicy soup, to name a few -- which all belong under the category of “haejangguk”: any soup that is eaten as a hangover cure in Korean cuisine.

For Kim Ji-hwan, a 31-year-old office worker in Suwon, Gyeonggi Province, his favorite haejangguk is a bowl of potato soup with Korean red pepper powder. “It’s hearty and spicy -- but not too spicy,” Kim told The Korea Herald. “The spicy taste helps with fatigue and nausea. But haejnagguk only works when I’m mildly hungover. I prefer to just sleep in and only drink water when the symptoms are severe.”

But does haejangguk actually “cure” a hangover? The answer is both yes and no. 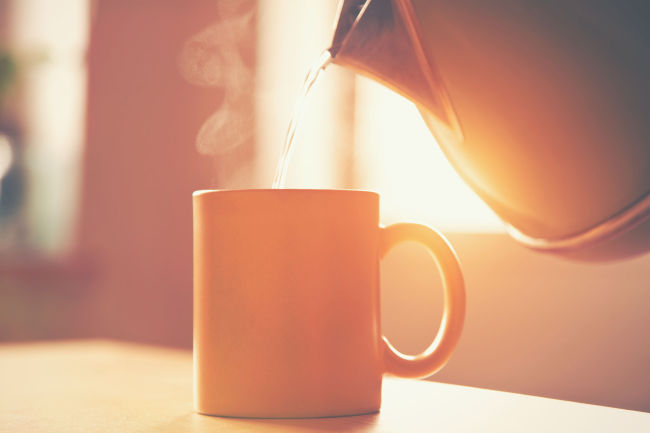 Water helps rehydrate for those who are suffering from a hangover. (123RF)
An alcohol hangover is in fact a medical condition known as veisalgia, a group of unpleasant symptoms that can develop after heavy drinking -- such as dizziness, fatigue, nausea, headache and dry mouth.

Scientifically, the condition is caused by a combination of dehydration and alcohol metabolism -- such as disruptions to the stomach lining, blood vessels and blood sugar.

For example, alcohol irritates the stomach lining and this can cause an overproduction of stomach acid which can eventually lead to nausea and stomach pain.

Lee Young-jong, a physician of Korean traditional medicine, said drinking fluids -- which can include haejangguk -- can help with dry mouth and dehydration. “The more alcohol you drink, the more water passes out of your body,” he told The Korea Herald.

“Haejangguk provides water so it can help ease dehydration. And the specific dish is a comfort food for many Koreans -- it’s always better to eat something that you find soothing when you have an upset stomach.”

Some Koreans love warm haejangguk for its spicy taste, which many believe helps them sweat alcohol out of their system. But Lee said sweating after eating haejangguk can be beneficial for only a certain group of individuals.

In Korean traditional medicine, people are divided into four types: “Tae-yang,” “Tae-eum,” “So-yang” and “So-eum.” Among the four, those who are “Tae-eum” tend to feel refreshed, rather than tired, after sweating. Those who are “Tae-eum” therefore may feel better by drinking a bowl of warm, spicy soup, he added.

“But those who belong to other body types, such as ‘So-eum,’ tend to lose energy when they sweat a lot,” Lee said. “I don’t think the spicy taste really does anything to improve the condition (of hangovers). It can actually make one’s condition worse if he or she is not used to spicy food. Yet sweating can help some people, according to their body types.”

In western medicine, it is said that only about 10 percent of the alcohol one drinks leaves the body through urine, breath and perspiration. Sweating only releases traces of toxins -- less than one percent of the body’s total content -- as its only and primary purpose is to prevent overheating.

“There is no scientific proof that consuming warm, spicy soup helps ease symptoms of a hangover,” said a doctor from the Samsung Medical Center in southern Seoul.

According to the Samsung Medical Center’s clinical nutrition research team, plain, starchy foods -- such as toast, noodles, potatoes and even rice -- can be great hangover cures. 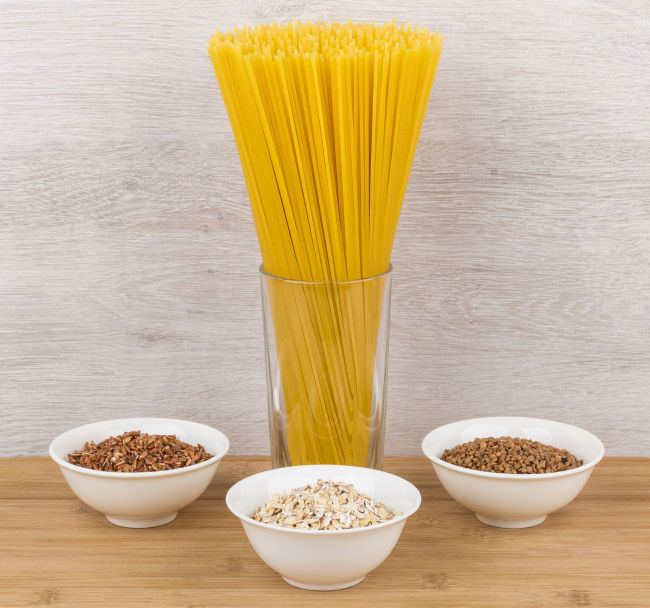 Carbs help balance blood sugar level for those who are suffering from a hangover. (123RF)
On top of starchy foods, sports drinks such as Gatorade as well as fruit juice can help recover from a hangover, according to the team.

Alcohol causes the depletion of vitamin C as well as B6 and folic acid, which are important nutrients needed to cope well with stress. Fruit juice contains plenty of vitamins, while sports drinks are known to rehydrate faster than most other fluids, the researchers explained.

While expert opinions on the effectiveness of Korean haejangguk varies, science may have the answer why the specific dish has been working so well for many Koreans. The key word: sodium.

Most Korean cuisine, especially its soup and broth including haejangguk, are known for its high sodium content. According to the World Action on Salt and Health, South Koreans consumed a daily average of 4.878 milligrams of sodium in 2010, which was 2.4 times higher than the WHO’s recommended daily sodium intake.

While consuming too much sodium can cause a number of health risks, salty foods could help ease a hangover, according to experts.

Heavy drinking depletes electrolytes -- which is primarily composed of sodium, along with calcium and magnesium. Electrolytes are important minerals that affect the amount of water in the body as well as acidity of the blood and muscle function. One can lose electrolytes after excessive exercise, heavy sweating, starvation and heavy drinking among other things.

Many Korean soup broths, high in sodium, can help those hungover replenish their sodium intake. All sports drinks as well as fluids used in oral rehydration therapy also contain sodium and potassium salts, which help to replenish water and electrolyte levels after severe dehydration.

In Vietnam, its signature noodle soup, best known as Pho, has long been considered as one of the best hangover cures. The dish, like haejangguk, also contains some of the most important substances that are needed to treat dehydration: fluids and sodium.